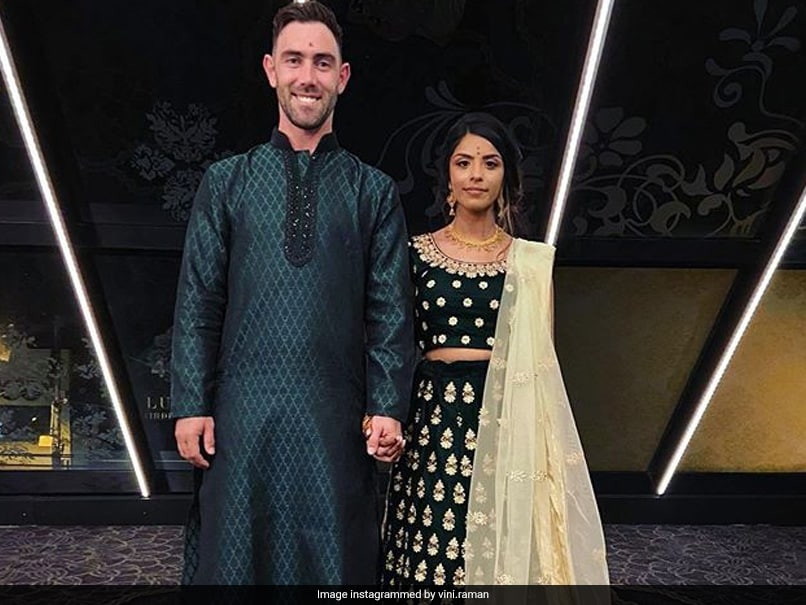 Glenn Maxwell's fiancee took to Instagram to wish the Australian cricketer on his birthday, by sharing an adorable photograph of the couple. Maxwell is engaged to Vini Raman, an Indian-origin Australian pharmacist. The all-rounder is in United Arab Emirates (UAE) with Kings XI Punjab (KXIP) for the Indian Premier League (IPL) 2020. She captioned the photo as, "Happy birthday @gmaxi_32 aka my favourite fiancee aka my only fiancee aka BEST fiancee ever ps. i love you more than @jimmyneesham does #32 #birthdaylove".

Happy birthday @gmaxi_32 aka my favourite fiance aka my only fiance aka BEST fiance ever ps. i love you more than @jimmyneesham does #32 #birthdaylove

Maxwell announced his engagement to her in February, this year.

She also took a dig on his close bond with New Zealand all-rounder Jimmy Neesham, who is also in UAE with KXIP. Maxwell is known to be close friends with the Kiwi cricketer, which has also been helped by their stay in KXIP's bio-secure bubble. The cricketers are not allowed to come in contact with anyone outside their bubble, except for match days, when they travel to the stadiums where they come in contact with opposition cricketers and umpires.

The duo showed their friendship recently in KXIP's defeat to Mumbai Indians (MI) on October 1. They pulled off a stunning relay to dismiss Rohit Sharma.

Maxwell personally hasn't had a good season this year. He has played in seven IPL 2020 matches, scoring only 58 runs with a high score of 13. In terms of bowling, he has only grabbed a wicket in 42 deliveries.

With the season having gained full momentum, KXIP are currently bottom in the eight-team table, and face Royal Challengers Bangalore (RCB) in their next fixture on October 15.

James Neesham IPL 2020 Cricket
Get the latest updates on ICC Women's Cricket World Cup 2022 and IPL 2022, check out the Schedule , Live Score and IPL Points Table. Like us on Facebook or follow us on Twitter for more sports updates. You can also download the NDTV Cricket app for Android or iOS.