CSK coach Stephen Fleming said that they didn't have a lot of money and were dictated by what other franchises wanted during the IPL auction 2020. 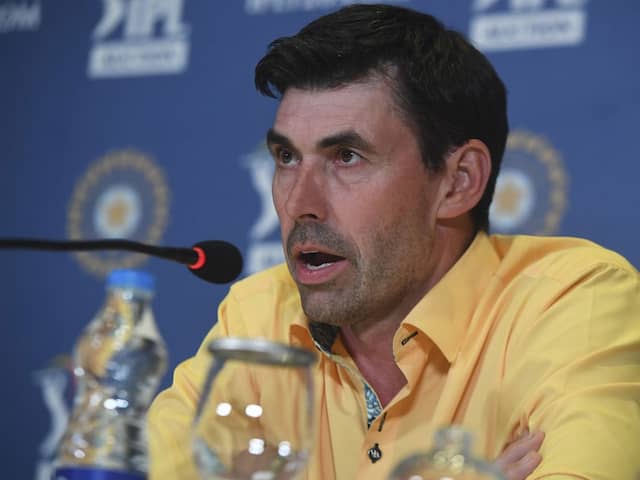 Stephen Fleming said CSK were dictated by what others wanted in the IPL auction 2020.© AFP

Chennai Super Kings head coach Stephen Fleming has stated that they didn't have a lot of money and were dictated by what other franchises wanted at the 2020 Indian Premier League (IPL) auction which took place in Kolkata on Thursday. CSK bolstered their bowling attack at Thursday's IPL auction 2020 by buying Piyush Chawla, Josh Hazlewood, Sai Kishore and Sam Curran. CSK started with a purse of just Rs 14.60 crore with five (three domestic, two overseas) slots left. "We didn't have a lot of money and we were dictated a little bit by what others want so we had to play the waiting game on big players that fit nicely into our team," Fleming said while speaking on Star Sports' Cricket Live show.

Piyush Chawla was roped in for a whopping Rs 6.75 crore by the three-time champions. Chawla was not retained by Kolkata Knight Riders (KKR) despite him bowling more overs than India spinner Kuldeep Yadav. Curran was snapped up for Rs 5.50 crore.

"Sam Curran is really good for us. Left armer and chips in with his cutters and his batting and we think he is a very nice addition. Piyush has history with the captain and is a world class bowler so we have always favoured spinners and we just had to make the right choices. We have different types of spinners, but we have got to make some decisions now around how we use them. There are also other options within the competition, so that we can maximise their talent," said Stephen Fleming.

"We wanted Piyush. We rate him very highly with what he does with the bat as well. So it's nice to have him in the squad. Spin has been good for us. At home, we have got to mix it around how we want to play. But when we go away, we want to have most bases covered from the Indian and international options from where we can pick and choose."

"Curran and (Dwayne) Bravo in the middle give us options. We have a couple of pieces to add in the team. We are pretty comfortable, we are just looking at adding to what we have got and enhance certain areas to make it more flexible in different conditions," he added.

Tom Moody said that CSK, by adding Chawla, will be expected to go with an all-out spin attack, at least in their home games at the MA Chidambaram Stadium in the next IPL edition.

"I think Piyush is a good buy and a typical buy by CSK. They buy experience, and he is one of the experienced spinners. Now they have Harbhajan, Zaheer, Chawla and Jadeja. That is a serious spin attack there," said Moody while speaking on the same show.

"He is very experienced. What he tends to do is against the right-handers, he is able to beat them off the inside edge and the outside edge. So he is a bit like Imran Tahir in the sense that he is looking to spin it through the gate and beat you on the inside edge."

Dean Jones and Darren Ganga also praised CSK for bringing in Chawla to their squad.

"He (Piyush) has done very well for himself and why he is one of the best bowlers is because he has got all the toys: wrong 'uns and leggies and he's not frightened of bowling to left-handers," said Jones.

"He has that loopy leg-break that could entice you as a T20 batsman. He can pick up early wickets. The art of being a leg-spinner is very unique and in T20 cricket, is an asset to any team," Ganga said.

Josh Hazlewood IPL 2020 Cricket
Get the latest Cricket news, check out the India cricket schedule, Cricket live score . Like us on Facebook or follow us on Twitter for more sports updates. You can also download the NDTV Cricket app for Android or iOS.