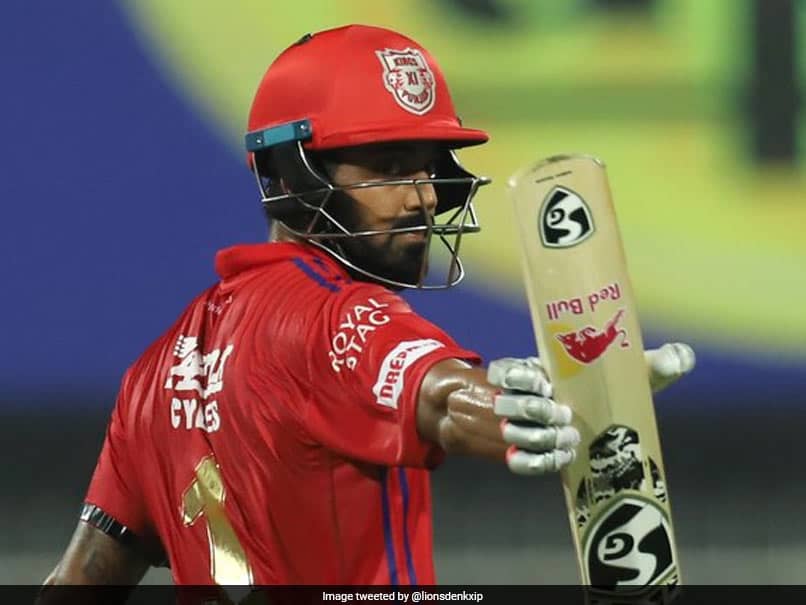 IPL 2020, RR vs KXIP: KL Rahul's performance in the last two games has been phenomenal© Twitter

Kings XI Punjab co-owner Ness Wadia has heaped praise on team's skipper KL Rahul saying that the player can bat at every point of that chain of the 11. "As one can recollect we went very strong for KL Rahul in the auctions. Show me a more versatile player in Indian cricket at the moment. He can open, he can go down to number four, and he can go down to number six. At every point of that chain of the 11, to add he is also a wicketkeeper," Wadia said during a conversation on Amstrad Insidesport Face 2 Face Cricket Series. In the previous match, Rahul scored 69 while Mayank Agarwal smashed a century. However, Rajasthan Royals chased down the huge target of 224 runs, winning the match by four wickets.

"He is a captain in the making, as he said recently 'I have watched Virat, thinking like a captain.' And when you're a wicket keeper you automatically think a lot, so it's going to be amazing. Our role is just to encourage them and give them more confidence," he added.

KXIP has so far played three matches, recording two losses and a win. However, Rahul's performance in the last two games has been phenomenal.

During the team's second match, the captain played an unbeaten knock of 132 runs off just 69 balls against Royal Challengers Bangalore (RCB), guiding his side to a massive 97-run win.

IPL was initially scheduled to take place in March but it was postponed due to the coronavirus pandemic. The league commenced on September 19 in the UAE.

Wadia said he knew all along that IPL would happen and had full faith in the Board of Control for Cricket in India (BCCI).

"I think a lot of skeptics thought it would never take place. I was not one of them, knew all along that it would happen. I had full faith in the BCCI and the IPL that it would happen. I think there were a lot of to and fro with the ICC as well. And I, I'm very happy that it's taking place in Dubai it's a good hunting ground for us and I truly believe that the BCCI gets a lot of stick and I think there's a lot of negativity which people talk about BCCI, it's okay to be negative in some things but then at least applaud when people do positive things," he said.

"And I take a bow to the IPL - Sourav Ganguly, Jay Shah, Brijesh Patel and the others who are involved in getting the IPL up and running and it's just incredible. It's just incredible what they've done to pull it off, the safety and security protocols are amazing in the bubbles. We've had a lot to learn from other leagues and they've learned," Wadia added.

KL Rahul IPL 2020 Cricket
Get the latest updates on IPL 2021, IPL Points Table , IPL Schedule 2021 , live score . Like us on Facebook or follow us on Twitter for more sports updates. You can also download the NDTV Cricket app for Android or iOS.