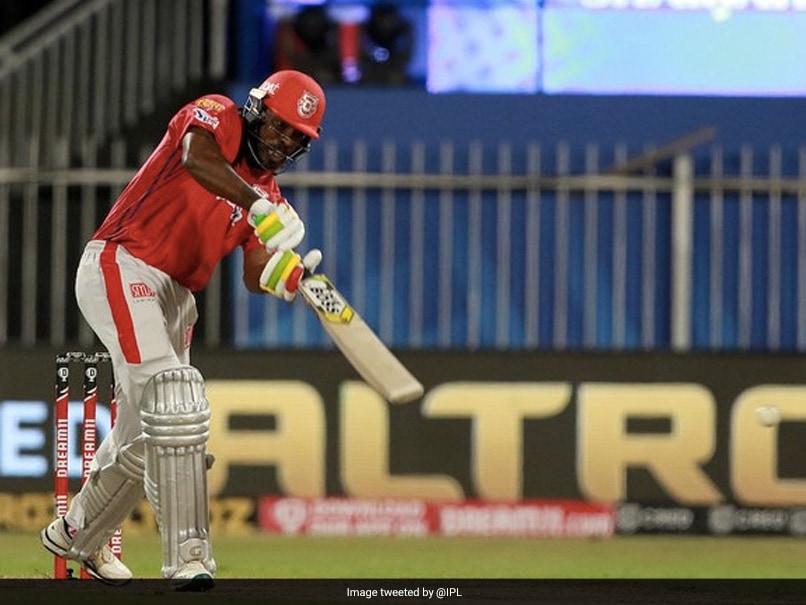 After a close eight-wicket win over Royal Challengers Bangalore (RCB) at the Sharjah Cricket Stadium on Thursday, Kings XI Punjab spinner Murugan Ashwin said that the addition of swashbuckling batsman Chris Gayle into the side gives a lot of energy to the team. Chasing 172, KL Rahulscored 61 runs off 49 balls while Gayle scored 53 to hand KXIP their second win of IPL 2020. This was Gayle's first game of the season.

In the end, KXIP needed two from the last over but Yuzvendra Chahal bowled brilliantly and made an uphill task for the KXIP batsmen as the match came down to one run from one ball. Nicholas Pooran smashed a six on the last ball as KXIP took a sigh of relief. KXIP's both wins have come against RCB in the this year's IPL.

"It is good to get a win. Chris coming back to the side gives a lot of energy to the team. The mood in the camp was always high even we were losing. We did not lose our spirit, we know that we are playing good cricket and it is just getting over the line. Really happy that we won a game and it is about repeating it game after game," Ashwin said at the post-match press conference.

Ashwin, who returned with the figures of 2/23 in his four overs, said that the wicket was helping the spinners as it was holding the ball but the bowler has to choose the line and length correctly.

"Definitely, the wicket was holding a bit but having said that it is all about executing the length as well. If you miss your length you might get hit for a six considering how small the ground is. You can bowl five good balls and one ball can get to a six and it can just mess up the over. It did have something for the spinners in it," the spinner said.

"The bowl was coming out well, I was watching the previous games which were played on this wicket, even, watched the last game which RCB played and how their spinners bowled. I took a que out of their bowling spell and just wanted to hit the right lengths and hit the ball into the wickets," he added.

Talking abou the team's performance in the tournament, Ashwin said that the side will look forward to replicate this win in the coming games.

"This is a game of T20 and all the games are really close. It is bat vs ball and it is about who gets the better of the other ultimately. Happy that we crossed the line this time it is about replicating these moments and making sure that these close finishes come towards us so that points table looks different. Take each game at a time and play the best you can on the field," he said.

KXIP got off to a flyer with the opening batsmen Mayank Agarwal and KL Rahul bludgeoning the RCB bowling attack. After witnessing a sluggish start, Mayank and Rahul smashed the ball all around the park. The duo added 56 runs in the powerplay. Mayank didn't allow any bowler to settle down and smashed back-to-back boundaries in Yuzvendra Chahal's first over.

However, Chahal made a comeback in the eight over and cleaned up Mayank to hand RCB their first breakthrough. Chris Gayle, who was playing his first match of the ongoing IPL, then joined skipper Rahul in the middle.

Gayle struggled at the start of his knock but soon made up for the dot balls by smashing sixes and fours. Meanwhile, Rahul smashed his 20th IPL half-century as KXIP looked comfortable in the chase.

With the duo scoring 20 runs in the 16th over, RCB lost all hopes of winning the game. However, in the end, RCB made an uncanny comeback but failed to get over the line.

Earlier, after opting to bat first, RCB set a competitive target of 172 runs on the back of Chris Morris' impressive performance with the bat. Morris smashed an unbeaten 25 runs from just eight deliveries.

KL Rahul Sharjah Cricket Association Stadium, Sharjah IPL 2020 Cricket Royal Challengers Bangalore vs Kings XI Punjab, Match 31
Get the latest updates on IPL Auction 2023 and check out  IPL 2023 and Live Cricket Score. Like us on Facebook or follow us on Twitter for more sports updates. You can also download the NDTV Cricket app for Android or iOS.