IPL 2020, RCBG vs KXIP: Kings XI Punjab are rock-bottom in the points table, with just two wins from their eight matches so far. Interestingly, KXIP's both victories in the tournament have come against Royal Challengers Bangalore. 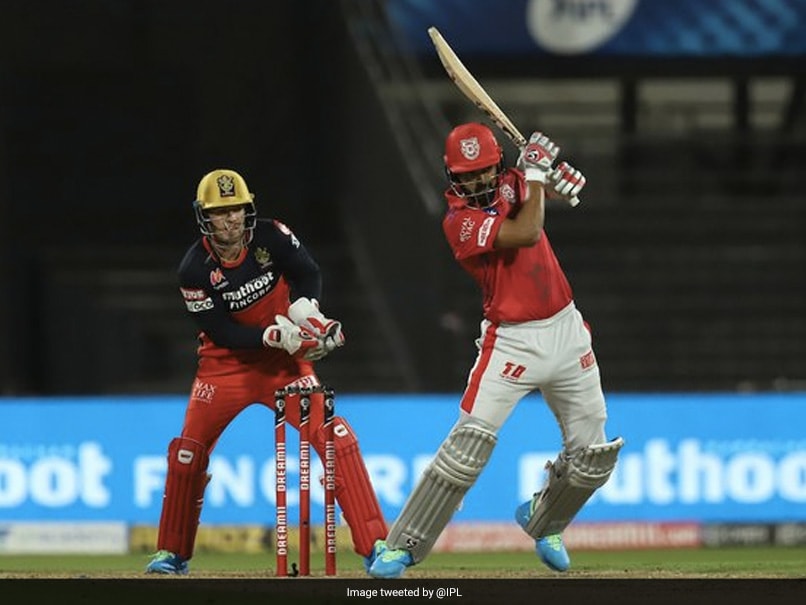 IPL 2020, RCB vs KXIP: KL Rahul smashed a fine fifty as his side beat RCB by 8 wickets.© Twitter

Kings XI Punjab (KXIP) skipper KL Rahul said his side does not belong at the bottom of the Indian Premier League (IPL) points table. Rahul's remarks came after the team secured a massive eight-wicket win over Royal Challengers Bangalore (RCB) in Sharjah on Thursday. Despite the win, KXIP remained at the bottom as they have just four points. "I have no idea, it's (heartbeat) the highest it can be. I don't even have words. We knew we had to scrape and get over the line. We are a far better side than where we are in the points table. It just got too close for comfort, happy that we crossed the line," Rahul said during the post-match presentation.

KXIP have so far played eight matches and have won just two of them. Interestingly, KXIP's both victories in the tournament have come against RCB.

Rahul stressed that his side needed this win to gain some confidence.

"As a group, we have been disappointing. It can get frustrating. Our skills were good, but we didn't capitalise on the big moments. It becomes a habit - winning and not winning. There are ups and downs and this has been the roller-coaster. We wanted this win to get some confidence in the group," he said.

During the match, Rahul and Chris Gayle scored half-centuries to help their team chase down a target of 172 runs. Rahul played an unbeaten knock of 61 runs while Gayle scored 53.

Praising Gayle's performance, Rahul said: "He's (Gayle) not been feeling well in the last couple of weeks. But, he is hungry even at 41. He always wanted to play from the first day."

"It was a tough call to make and not make him play. It's important to keep the lion hungry. Wherever he bats, he's dangerous. He's taken it up as a challenge as well. He'll still be intimidating," he added.

Chris Gayle Sharjah Cricket Association Stadium, Sharjah IPL 2020 Cricket Royal Challengers Bangalore vs Kings XI Punjab, Match 31
Get the latest updates on Fifa Worldcup 2022 and check out  Fifa World Cup Schedule, Stats and Live Cricket Score. Like us on Facebook or follow us on Twitter for more sports updates. You can also download the NDTV Cricket app for Android or iOS.