IPL 2020, RCB vs DC: Kagiso Rabada Says Taking Him Off After First Over "Wasn't A Bad Call"

IPL 2020, RCB vs DC: Kagiso Rabada bowled the first over but was removed from the attack straightaway, with Ravichandran Ashwin coming in to replace him. 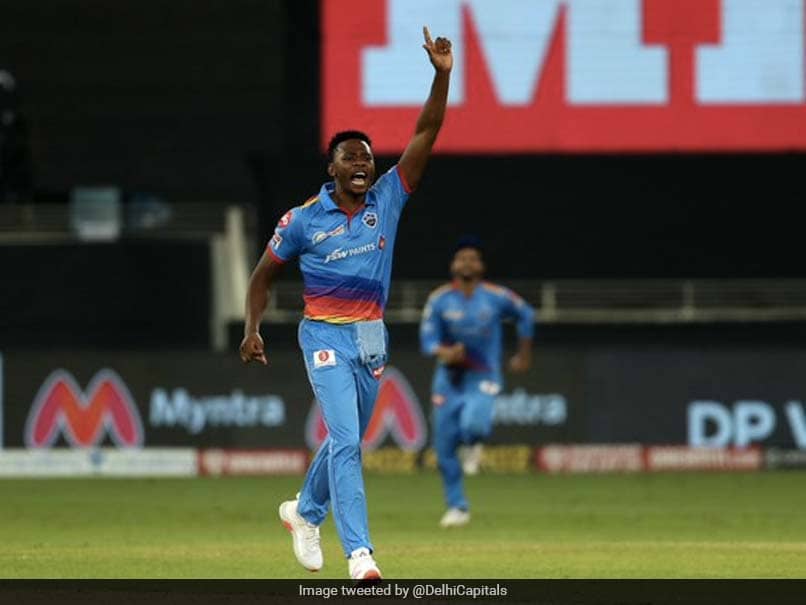 After securing a win over Royal Challengers Bangalore (RCB), Delhi Capitals fast bowler Kagiso Rabada said it was not a ''bad call'' to take him off after the first over as the strategy ''worked out''. Delhi Capitals defeated RCB by 59 runs in the Indian Premier League (IPL) in Dubai on Monday. Rabada bowled the first over but was removed from the attack straightaway, with Ravichandran Ashwin replacing him in to attack. However, the plan worked as the off-spinner dismissed Devdutt Padikkal in the over.

"I think it was a really good win tonight. After that win at Sharjah, it gave us a lot of confidence against a team like RCB who have some really good batsmen. It also gives us massive confidence in having won today. I don't really plan to get wickets, you can only control in which areas to bowl," Rabada said during the post-match presentation.

"It was swinging a bit, so it would have been nice to bowl the second over. I don't think it was a bad call to take me off after the first over. At the end of the day, it worked out. I think if you want to be the best you have to adjust to the conditions," he added.

After being asked to bat first, Delhi Capitals posted a massive total of 196 runs on the board before easily defending the target. Rabada scalped four wickets in the match while Nortje and Axar Patel picked two wickets each in the match.

Rabada further stated: "I think the spinners did a really good job today, they set up the game for us in the powerplay. Axar and Ashwin actually won us the game. All in all, it was a good performance and we are happy as a team."

Ravichandran Ashwin Dubai International Cricket Stadium, Dubai IPL 2020 Cricket Royal Challengers Bangalore vs Delhi Capitals, Match 19
Get the latest updates on India vs England Series, India vs England , live score and IPL 2021 Auction . Like us on Facebook or follow us on Twitter for more sports updates. You can also download the NDTV Cricket app for Android or iOS.