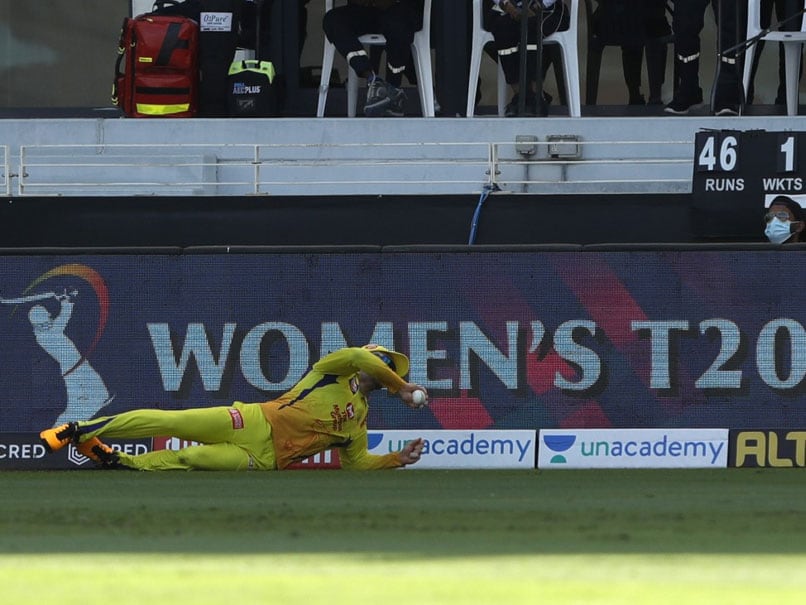 Chennai Super Kings' leading run-scorer Faf du Plessis has pulled off some great catches throughout the Indian Premier League (IPL) 2020. Apart from being in the race for the 'Orange Cap', the former South African skipper is also leading the fielding charts with 10 catches from 11 games. Carrying on his good form in the outfield, du Plessis showed great game awareness near the ropes to get rid of Royal Challengers Bangalore (RCB) opener Devdutt Padikkal. The 20-year-old left-hander decided to go big against Mitchell Santner but didn't get the enough power on the shot and the ball went high in the air. du Plessis settled himself nicely under the ball and gathered the ball with both hands, however, his momentum took him to the ground and as he was getting close to the ropes he threw the ball towards Ruturaj Gaikwad who completed the relay catch to send Padikkal packing for 22 off 21 balls.

However, as per the ICC rule book, despite his brilliant effort, the catch was credited in Gaikwad's account as he was the one who completed the catch.

However, du Plessis picked two more catches in the match -- that too of RCB's top-scorers in the game, skipper Virat Kohli and his former South Arican teammate AB de Villiers.

De Villiers was the first one to depart among the two when he handed a simple catch to du Plessis at long-on off the bowling of Deepak Chahar, while Kohli fell soon after completing his 39th IPL half-century -- caught in the deep by the CSK opener.

After losing their two set batsmen in close interval and a brilliant piece of death bowling by CSK bowlers, RCB could only manage 145/6 in their 20 overs on a tricky pitch in Dubai where ball was not coming on to the bat nicely.

Mitchell Santner
Get the latest updates on IPL Auction 2023 and check out  IPL 2023 and Live Cricket Score. Like us on Facebook or follow us on Twitter for more sports updates. You can also download the NDTV Cricket app for Android or iOS.