IPL 2020, KKR vs RR: Dinesh Karthik Flies Like A Bird To Pull Off One-Handed Stunner To Get Rid Of Ben Stokes. Watch

IPL 2020, KKR vs RR: Dinesh Karthik threw himself in the air almost to the first slip position and pulled off one of the catches of the tournament to send Ben Stokes packing. 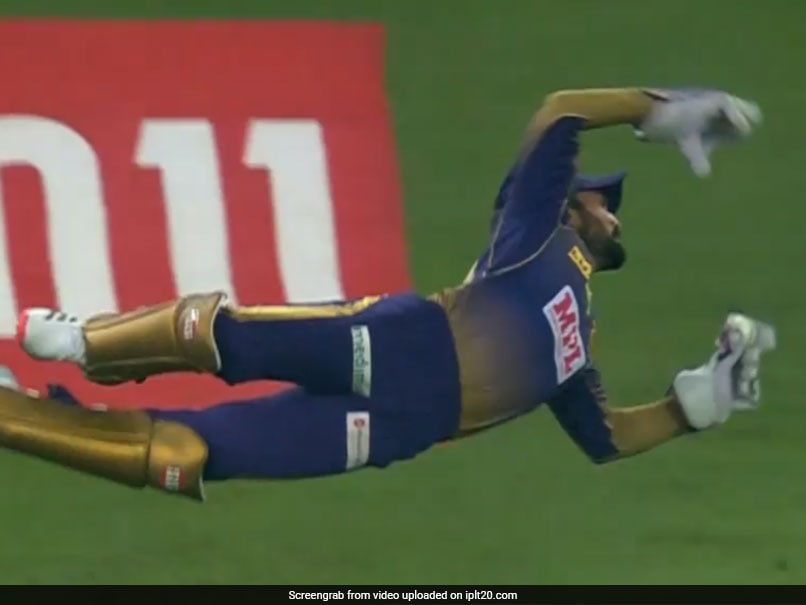 Dinesh Karthik pulled off one of the catches of the tournament in a do-or-die encounter against Rajasthan Royalson Sunday. Karthik's scintillating effort behind the stumps handed Steve Smith's side a huge blow as they lost their star opener Ben Stokesearly in their chase of 192 runs. Stokes, who was hero of Rajasthan's last two wins against Kings XI Punjab and defending champions Mumbai Indians, could only score 18 off 11 balls. Pat Cummins bowled round the wicket to left-handed Stokes and it nipped back in just a bit after pitching. Sensing the width on the ball, Stokes decided to have a wild swing at it but all he managed was a thick outside edge that was flying away from Dinesh Karthik but the former KKR skipper threw himself in the air almost to the first slip position and pulled off a sensational catch, reminding many fans of a catch he took in the slip cordon against South Africa during 2007 World T20.

Take a bow @DineshKarthik. Went full stretch to his left and grabbed a stunner. Terrific catch from DK. You can watch this over and over again.https://t.co/5ijCHFAzDm #Dream11IPL

Mark Nicholas, the on-air commentator, likened Karthik's flight to that of a bird as he said : "He flew as if he were a bird". Stokes's dismissal also lifted the entire KKR camp and they picked three more wickets in quick succession.

Cummins got rid of Rajasthan Royals skipper Steve Smithon the last delivery of the third over, while wicket-keeper Sanju Samson got out in the next over bowled by Shivam Mavi.

Cummins, the most expensive overseas player in tournament's history, then came back to remove young Riyan Parag for a duck in his next over, leaving Rajasthan struggling at 37/5 inside the Powerplay.

Karthik, who failed with the bat, continued his brilliant work behind the stumps, pulling off two more catches to dismiss Samson and Parag.

Ben Stokes Dubai International Cricket Stadium, Dubai IPL 2020 Kolkata Knight Riders vs Rajasthan Royals, Match 54 Cricket
Get the latest updates on IPL 2021, check out the IPL 2021 Schedule and Indian Premier League Live Score . Like us on Facebook or follow us on Twitter for more sports updates. You can also download the NDTV Cricket app for Android or iOS.