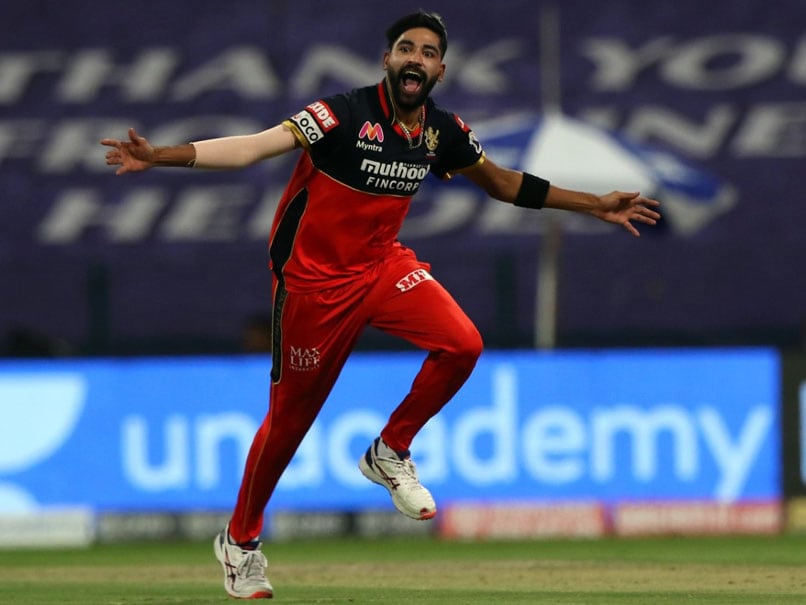 After guiding Royal Challengers Bangalore (RCB) to a win against Kolkata Knight Riders (KKR), fast bowler Mohammed Siraj said the franchise supports him a lot and he wanted to deliver a "magical performance" for the team. Siraj on Wednesday created history as he became the first bowler to bowl two maiden overs in an Indian Premier League (IPL) match. During his first two overs, the pacer clinched three wickets.

The bowler gave away just eight runs from his four overs in the match as RCB restricted KKR to just 84.

RCB chased down the target of 85 with eight wickets in hand and 39 balls to spare. Devdutt Padikkal and Gurkeerat Singh Mann played knocks of 25 and 21 respectively as RCB claimed victory in the 14th over.

Siraj also said: "By looking at the wicket, I did not think the ball would swing. Kohli asked me to stay ready to bowl the new ball. I was practicing bowling the new ball... When I got the opportunity, I backed my strength."

With this win, RCB have gone to the second position in the points table with 14 points from 10 matches while KKR are at the fourth spot with 10 points.

Sheikh Zayed Stadium, Abu Dhabi IPL 2020 Cricket Kolkata Knight Riders vs Royal Challengers Bangalore, Match 39
Get the latest updates on ICC T20 Worldcup 2022 and CWG 2022 check out the Schedule, Live Score and Medals Tally. Like us on Facebook or follow us on Twitter for more sports updates. You can also download the NDTV Cricket app for Android or iOS.