IPL 2020, DC vs KKR: Eoin Morgan Says "Difficult To Get Up The Order With World-Class Andre Russell In The Side"

IPL 2020, DC vs KKR: Kolkata Knight Riders (KKR) batsman Eoin Morgan said that he does not think that he came into bat late while chasing the target of 229 runs against Delhi Capitals. 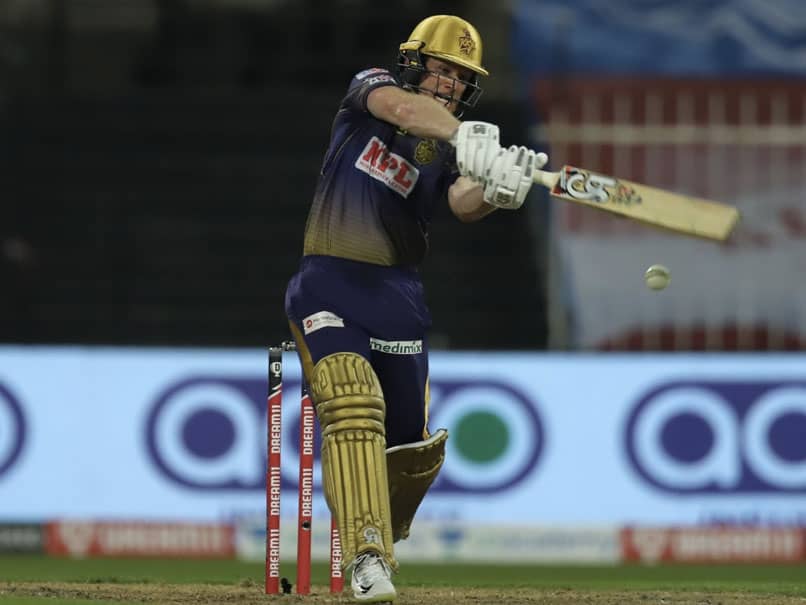 After stumbling to an 18-run loss against Delhi Capitals, Kolkata Knight Riders (KKR) batsman Eoin Morgan said that he does not think that he came into bat at a lower position during the chase of 229. In the match between Delhi Capitals and KKR, the former registered 228/4 in the allotted 20 overs and then restricted the opponent to 210/8, winning the match by 18 runs.

Morgan came into bat at number six and when he walked out to the crease, KKR still needed 112 runs to win from 43 balls.

"I don't think so that I came in late, when you look at our batting lineup, we have a number of match-winners in our side. So it's very difficult to get up the order especially when you have a world-class all-rounder in the form of Andre Russell. He came up the order against Delhi, so obviously all other players shifted down. From the context of the game, we probably went behind the eight ball, Delhi bowled well, Delhi is the team who has looked the most promising in the tournament," Morgan said in the post-match press conference.

Eoin Morgan and Tripathi had formed a 78-run stand to revive KKR's hopes of winning the match. Morgan was dismissed for 44 in the penultimate over by Anrich Nortje, but Tripathi was still there for KKR in the final over as the side needed 26 runs for the win. However, in the last over, Marcus Stoinis clean-bowled Tripathi (36) to hand Delhi a win.

"I don't think a lot went wrong for us in bowling, when you come to Sharjah you expect scores more than 200, we were probably into the match till the final over, our batting came to the forefront in this game, Nitish Rana played really well. Rahul Tripathi struck the ball very differently. When he bats down the order and produces something like that, it is a huge positive. It's almost Andre Russell like so the argument would be as to why would you not keep him (Tripathi) where he is," Morgan said.

Sunil Narine has not been able to play a long innings for KKR as an opener in this edition of the tournament. The Windies all-rounder was dismissed for three runs against Delhi Capitals.

Talking about Narine, Morgan said: "Sunil is a type of player who can produce match-winning innings in the IPL, when you look back at his innings over the years, it has not been a string of performances, he always takes the positive approach and that is how we like to play our cricket."

Prithvi Shaw and Shreyas Iyer starred with the bat for Delhi. Iyer played scintillating knock of 88 not out off just 38 balls while Shaw scored 66 runs. The opening pair of Shikhar Dhawan and Shaw got their side to a great start, adding 56 runs in the first six overs.

Andre Russell Nitish Rana Rahul Tripathi Sharjah Cricket Association Stadium, Sharjah IPL 2020 Cricket Delhi Capitals vs Kolkata Knight Riders, Match 16
Get the latest updates on India vs Australia Series, check out the India vs Australia Schedule for 2020-21 and Ind vs Aus live score . Like us on Facebook or follow us on Twitter for more sports updates. You can also download the NDTV Cricket app for Android or iOS.