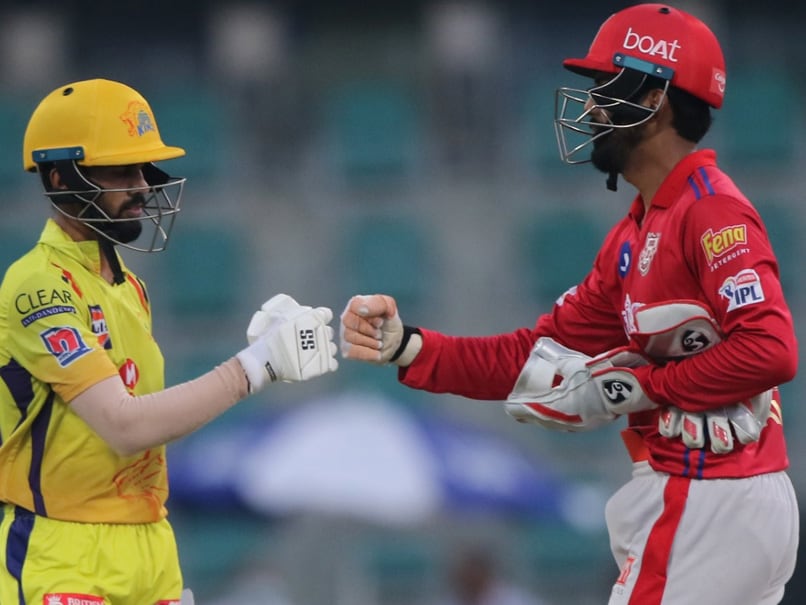 Ruturaj Gaikwad (62 not out off 49 balls) scored his third fifty in a row as Chennai Super Kings (CSK) defeated Kings XI Punjab by 9 wickets, to knock them out of the tournament. Gaikwad's opening partner Faf du Plessis also made an useful contribution, scoring 48 off just 34 balls. MS Dhoni's side ended their season on a high winning their last three games. CSK, who had nothing to lose, played fearless cricket and outclassed KXIP in all three departments. They finished the season at 12 points, thanks to a hat-trick of wins. After their bowlers had restricted KXIP to a below-par total, CSK's opening duo of du Plessis and Gaikwad gave them a solid start adding 57 runs in the Powerplay without any loss, as Punjab bowlers struggled for wickets.

KL Rahul, who had strengthened his batting going in to this game, tried different bowling changes but to no avail. The only success they got came in the 10th over of the innings when du Plessis tried to scoop a Chris Jordan delivery but handed a simple catch to KL Rahul, missing his fifty by two runs.

Gaikwad reached his third successive fifty of the season off just 38 balls by hitting a Ravi Bishnoi delivery inside out over extra-cover for a boundary. Ambati Rayudu also played a handy knock of 30 runs as CSK cruised to an easy win with seven balls to spare.

Earlier, Deepak Hooda smashed 62 not out off 32 balls helping KXIP post 153/6 in 20 overs. With their IPL 2020 campaign on the line, KXIP got off to a solid start as KL Rahul and Mayank Agarwal added 48 runs for the opening wicket. Agarwal, making a comeback after an injury, batted more aggressively than his partner scoring 26 off 15 balls but couldn't carry on for long as he was clean bowled by Lungi Ngidi in the last over of the Powerplay.

Ngidi provided CSK with a huge breakthrough as he cleaned up 'Orange Cap' holder KL Rahulwith a slower delivery in the 9th over. KXIP batters couldn't make most of the fine start as they lost wickets at regular intervals through the middle phase. Shardul Thakur got Nicholas Pooran caught behind stumps, while Chris Gaylesaw a rare failure this season as he was trapped leg before by leg-spinner Imran Tahir.

By removing two of the most dangerous batsmen in KXIP's batting line-up in quick succession, CSK bowlers took control of the game and dried up the runs, pushing KL Rahul's side on the backfoot.

Lungi Ngidi was the star with the ball for CSK as he picked up three wicket for 39 runs from his four overs, while Shardul Thakur, Ravindra Jadeja and Tahir shared three wickets among them.

The KL Rahul-led side, after a poor start to the season which saw them losing six of their first seven games, won five matches on the trot to emerge as a top contender for playoff qualification but they couldn't carry their momentum in their last two matches and ended on same points as CSK.

Sheikh Zayed Stadium, Abu Dhabi IPL 2020 Cricket Chennai Super Kings vs Kings XI Punjab, Match 53
Get the latest updates on ICC T20 Worldcup 2022, check out the Schedule and Live Score. Like us on Facebook or follow us on Twitter for more sports updates. You can also download the NDTV Cricket app for Android or iOS.