IPL 2020, Chennai Super Kings vs Delhi Capitals: Players To Watch Out For 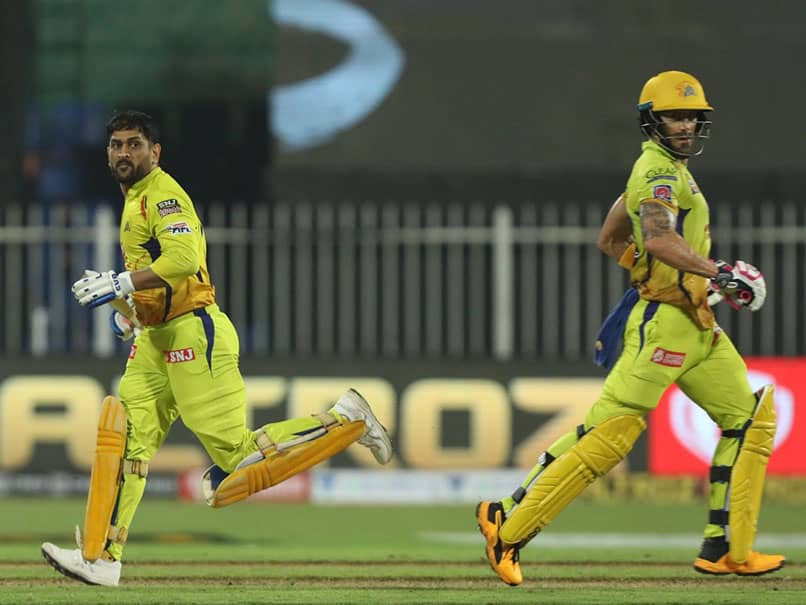 IPL 2020: CSK would be hoping that Faf du Plessis and MS Dhoni continue their good run with the bat.© BCCI/IPL

Chennai Super Kings (CSK) convincingly beat defending champions Mumbai Indians in IPL 2020 opener but were brought crashing down to earth by a Sanju Samson special for Rajasthan Royals. The otherwise disciplined CSK bowling line-up was taking to the cleaners by Samson and captain Steve Smith. Faf du Plessis got his team close the target with a whirlwind knock but it wasn't enough. CSK have had just two days to regroup and will now be up against another strong batting line-up. Delhi Capitals, however, looked out of sorts in their previous match against Kings XI Punjab, and were only rescued by some brain fade decisions from the opposition players.

Faf du Plessis: The South African might have turned 36 this year but still packs enough punch in his batting. The former Proteas captain has been the standout for CSK this season and his team will be hoping for more of the same.

In the chase against Mumbai Indians, Du Plessis held one end up as Ambati Rayudu let loose, remaining unbeaten on 58 off 44 balls to get CSK across the line. Against Rajasthan Royals, with CSK chasing 217 runs to win, Du Plessis smashed 72 off 37 balls, including a four and a whopping seven sixes. If the South African can replicate that knock, we are in for some fireworks in Dubai.

MS Dhoni: The CSK captain came in for some stick from some quarters for not teeing off from the get-go, this despite ending up with 29 off 17 balls, which included three sixes in the final over. His strike-rate was the third-best in the CSK team during the loss, but Dhoni must be used to this frivolous criticism by now.

The CSK skipper, though, has dropped himself down the order in both the matches that CSK have played so far. And that hopefully changes in the match against Delhi Capitals, giving Dhoni enough time to get a sighter before he can tee off.

Sam Curran: Most thought that the Englishman was just a replacement for the injured Dwayne Bravo. But Sam Curran has been just brilliant in the yellow of CSK. The English all-rounder made a match-changing contribution with the bat in the IPL 2020 opener to add to his figures of 1/28 off 4 overs against Mumbai Indians.

He followed it up with three wickets against Rajasthan Royals and another cameo with the bat, making him crucial to CSK's cause going forward. Lungi Ngidi has been way below par and CSK would rely even more on Curran to get the job done against Delhi.

Shreyas Iyer: The Delhi captain looked in good touch against Kings XI Punjab before his innings was cut short by Mohammed Shami. He was the second highest-run getter for his team in that match, scoring 39 off 32 balls.

Delhi, though, will need more from their skipper, especially against a tough opposition like Chennai Super Kings. Iyer needs to make his starts count and score big this season.

Rishabh Pant: The wicketkeeper-batsman too had looked good, and had helped stabilise the Delhi Capitals innings after the early losses. He showed patience and grit to tough it out in trying circumstances.

However, just when it looked that he would cut loose, he was sent packing by the impressive Ravi Bishnoi for 31. Pant like Iyer has to score big, if Delhi are to go far this season.

Marcus Stoinis: The Australian all-rounder was the hero for the Delhi Capitals vs Kings XI Punjab. He smashed a whirlwind 53 off just 21 balls, also taking two wickets.

Both the wickets Stoinis took were in the last over of the match, first dismissing the well-set Mayank Agarwal and then Chris Jordan off the final ball to take the match into a Super Over. Delhi will want more of the same from the Australian.

Marcus Stoinis IPL 2020 Cricket Chennai Super Kings vs Delhi Capitals, Match 7
Get the latest updates on IPL 2020, check out the IPL Schedule for 2020 and Indian Premier League (IPL) Cricket live score . Like us on Facebook or follow us on Twitter for more sports updates. You can also download the NDTV Cricket app for Android or iOS.