IPL 2020, RR vs KKR: After the most insane run-fest against Kings XI Punjab, Rajasthan Royals will need to shed their euphoria and focus on their next game against Kolkata Knight Riders. 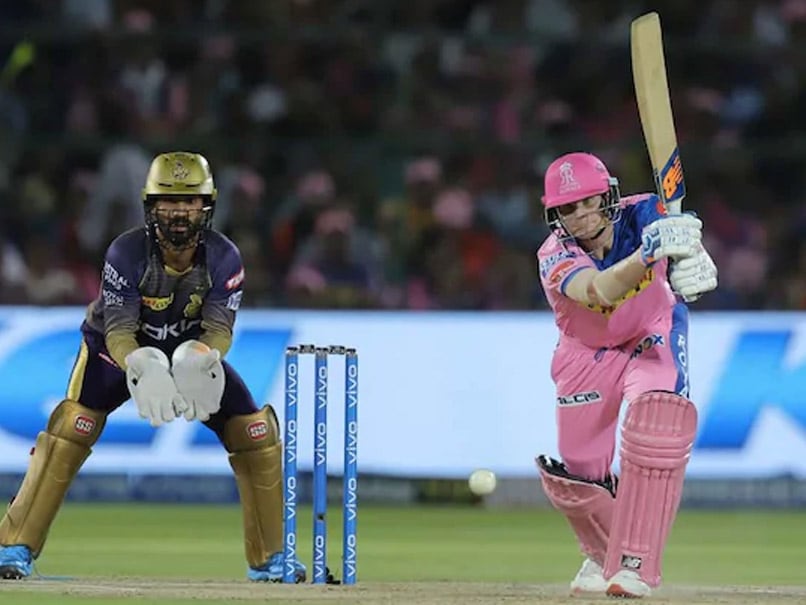 IPL 2020, RR vs KKR: Steve Smith has led from front, while Dinesh Karthik is yet to impress with the bat.© AFP

Rajasthan Royals have probably played one of the most insane matches in the Indian Premier Leaguehistory when they chased down 223 runs, hammering 90 runs in the last five overs as Steve Smith, Sanju Samson and incredibly, Rahul Tewatia absolutely destroyed the Kings XI Punjab bowling to score the most incredible win. But while all the hammering was on, the size of the Sharjah stadium was a factor that was always there. Now, they move to the much larger Dubai ground and take on Kolkata Knight Riders, who themselves have also posted a win, though a much more sedate one, over SunRisers Hyderabad.

Rajasthan looked dead and buried against KXIP, in spite of the fireworks from Smith and Samson, before the initially floundering Tewatia found his range and destroyed Sheldon Cottrell and also the other bowlers.

At the same time, the KXIP bowlers sent down some absolute rubbish to help RR's cause.

But those assaults don't happen every day, so Royals will need to shed their euphoria and calm down when they meet KKR. More so because KKR has been the definition of calm so far in IPL 2020.

Their win over SRH can best be described as facile, and Shubman Gillat the top of the order, was the paragon of class and calm. But while the batting in Gill, Nitish Rana and Eoin Morgan looked fluent, there is no question that Sunil Narine's mystique as an opener is no history.

The West Indian has been shown up brutally as an opener and skipper Dinesh Karthik too is not too convincing, so a little re-jig of the batting may not be out of order.

As for the bowling, KKR actually did way better against SRH as opposed to Rajasthan's trials against KXIP.

Karthik used as many as seven bowlers and Pat Cummins led the pack with some great bowling, reinstating himself after the initial hesitant display. All the rest, including Shivam Mavi and Kuldeep Yadav, did their jobs efficiently.

By contrast, the RR bowlers faced the wrath of Mayank Agarwaland KL Rahul, and then Nicholas Pooran towards the end. Suffice it to say that Ankit Rajpoot at 9.75 runs an over was the most economical.

Sanju Samson Shubman Gill Dubai International Cricket Stadium, Dubai Cricket Rajasthan Royals vs Kolkata Knight Riders, Match 12 IPL 2020
Get the latest updates on ICC T20 Worldcup 2022 and CWG 2022 check out the Schedule, Live Score and Medals Tally. Like us on Facebook or follow us on Twitter for more sports updates. You can also download the NDTV Cricket app for Android or iOS.