IPL 2020: Rahul Tewatia Relies On Belief To Go From Villain To Hero In Dream Knock

After a dramatic knock that helped his team win a dramatic match against Kings XI Punjab, Rajasthan Royals' Rahul Tewatia spoke of self-belief and faith of his teammates. 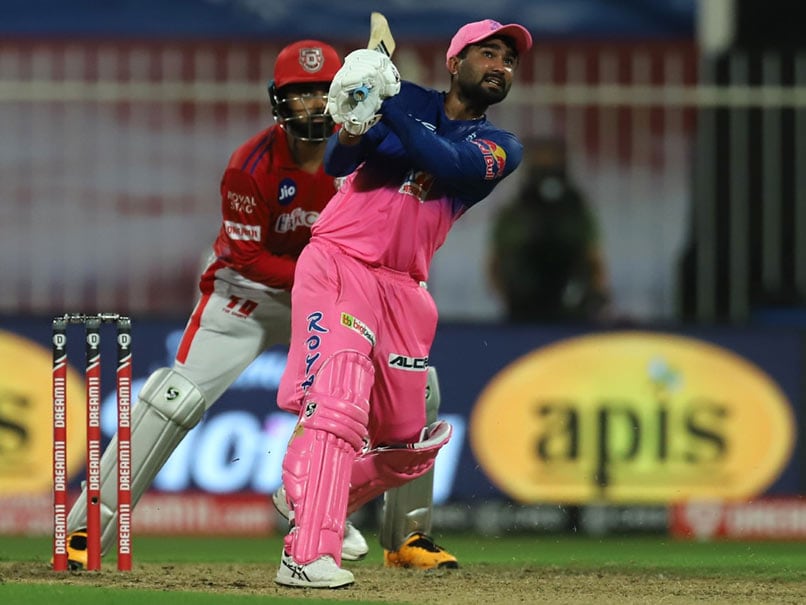 IPL 2020: Rahul Tewatia staged one of the most memorable individual comebacks in IPL history.© BCCI/IPL

At the end of Rajasthan Royals' 14th over in their chase of 224 against Kings XI Punjab, Rahul Tewatia was batting on seven runs from 16 deliveries. It's not like he was playing defensively, but no matter what the left-hander was trying, the ball would just not come off the middle of the bat for him. Sent in at no.4 after nine overs with the team needing 124 from 66, promoted above Robin Uthappa - a batsman of a higher pedigree - he had one job - to score quick runs and provide the support that a rampant Sanju Samson needed.

But it seemed like it was a day when everything was going wrong for him. He had bowled one over and been hit for 19 runs. By the end of the 15th over, he had hit one six. At one point, the commentator suggested that he retires himself out to let a better batsman come in to try and win a seemingly tough chase.

In the 15th over of the match, he tried to go after young leg-spinner Ravi Bishnoi, but only managed one six off him, to reach 14 off 21.

In the next over, Sanju Samson denied him an easy single to keep strike. And when the Kerala-born batsman fell in the first delivery of the 16th over, it looked all but over for Rajasthan Royals, and Tewatia had all eyes on him, having broken the momentum provided by Samson and their captain Steve Smith before him.

That Uthappa hit two boundaries in the next over only seemed to prove the critics right.

But Rahul Tewatia is, if anything, a man of immense self-belief.

Not the most active player on Twitter, a look at his timeline will give you a series of motivational quotes.

"If you believe in yourself, have dedication and pride and never quit, you'll be a winner," reads one of his posts from 2017.

"Accept what is, let go of what was, have faith in what will be," reads another.

And then this gem.

"Keep the faith. The most amazing things in life tend to happen right at the moment you're about to give up hope."

Maybe Tewatia was at the moment where he was about to give up hope, because what happened next in the match will most definitely be one of the most amazing moments of his playing career.

Tewatia went on to smack five sixes off Sheldon Cottrell in the 18th over to turn the match on its head. The equation went from 51 off 18 to 21 off 12.

Uthappa fell in the 19th over, but two more sixes from Archer and yet another from Tewatia ensured that Rajasthan Royals recorded their second win of the season in a most sensational manner.

Tewatia, who eventually fell for 53 off 31 with his team needing two runs off the final over, again reflected on his faith in himself, and the faith of his team in his big-hitting abilities.

"The worst 20 balls I have ever played," he said, reflecting on his torrid start.

"After that I began to hit so I kept going," he said.

"The dugout knows I can hit the ball long," he continued.

"I knew I had to believe in myself. It was a matter of one six. Five in the over, that is amazing. I tried to hit the legspinner, but unfortunately I couldn't. So I had to hit other bowlers," he concluded.

And hit them he did, in one of the greatest individual come-from-behind stories in the Indian Premier League.

Kings XI Punjab Rajasthan Royals vs Kings XI Punjab, Match 9 Rahul Tewatia Cricket
Get the latest updates on Fifa Worldcup 2022 and check out  Fifa World Cup Schedule, Stats and Live Cricket Score. Like us on Facebook or follow us on Twitter for more sports updates. You can also download the NDTV Cricket app for Android or iOS.