IPL 2020, KKR vs MI: With utterances already being made in the media about how Eoin Morgan should replace Dinesh Karthik as Kolkata Knight Riders captain, the current skipper is under pressure without even stepping onto the playing field. 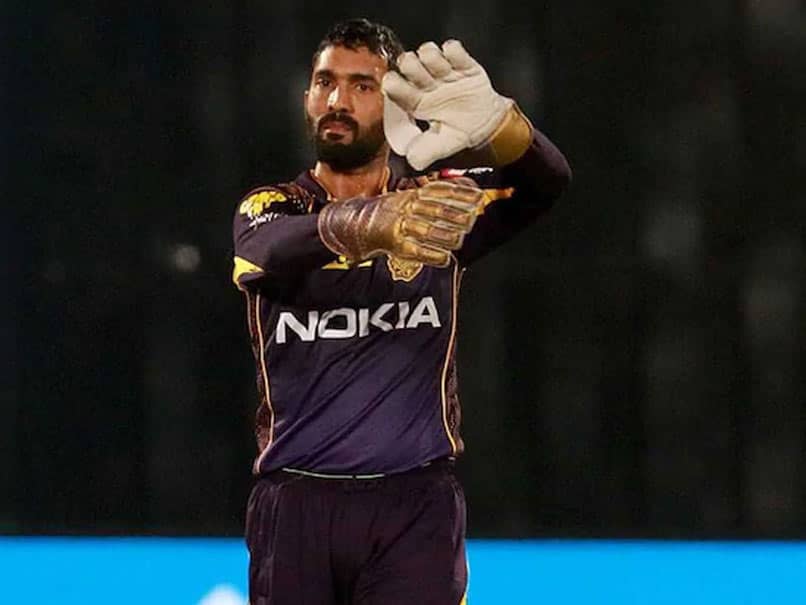 IPL 2020, KKR vs MI: Dinesh Karthik will be looking to hand Mumbai Indians a second defeat this season.© BCCI/IPL

Dinesh Karthik is possibly one of the most undervalued cricketers in India, getting the rawest of deals through most of his international career. He was unfortunately playing in the times of MS Dhoni, so was always playing second fiddle as a wicketkeeper. Then when the new captain came, the younger Rishabh Pant was preferred, that pretty much has ended Karthik's India aspirations. Even at Indian Premier League (IPL) level, even before he led the Kolkata Knight Riders (KKR) onto the playing field, there are already statements in the media about how Eoin Morgan should replace Karthik as skipper if KKR don't begin well in IPL 2020.

So Karthik simply has to go and beat Mumbai Indians (MI) in KKR's first match.

Mumbai Indians won't be happy about having lost to Chennai Super Kings in their opening match. Surprise choice Saurabh Tiwary was the only plus in a game where all the others were in the fray, but never well and truly delivering, bowlers and batsmen alike.

But crucially, they have had a feel of the conditions, while KKR will be coming in blind, which could be a big difference.

KKR bring some interesting names to the stage. Andre Russell returns, as does Sunil Narine. While Russell's power-packed form was never in doubt, Narine's abilities with the bat at the top of the inning really surprised many.

KKR have the names. Eoin Morgan for sure, plus Pat Cummins, the left-arm wrist spin of Kuldeep Yadav and the fiery fast Lockie Ferguson, just to name a few.

Then there is the curiosity factor -- the first American in the shape of Ali Khan to play the IPL.

But irrespective of how many potential match-winners you have, it is how the team combines that makes for a good result. It doesn't reflect well on anyone if aspersions are cast about the captain before he has had a chance to show his ware.

As for Mumbai Indians, they are unlikely to make any changes to the side, irrespective of their loss. Tiwary is a floating player, but being the top-scorer in the last match makes him a surety for the next one.

Mumbai Indians will surely be confident of winning this one, though a single assault by any of the KKR boys could be enough to change the result.

So never say never, and look forward to a close contest.

Sunil Narine IPL 2020 Kolkata Knight Riders vs Mumbai Indians, Match 5 Cricket
Get the latest updates on IPL 2021, IPL Points Table , IPL Schedule 2021 , live score . Like us on Facebook or follow us on Twitter for more sports updates. You can also download the NDTV Cricket app for Android or iOS.