IPL 2020 Final: A look at the key Mumbai Indians and Delhi Capitals players who may have decisive roles in the IPL final. 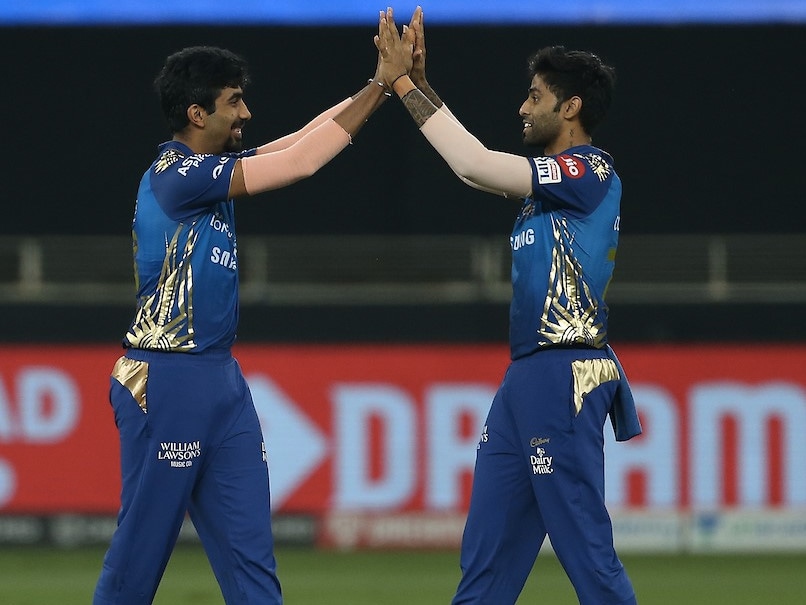 It's D-Day for the IPL 2020 with Mumbai Indians and Delhi Capitals going head to head in the final for the coveted prize. While Mumbai Indians and Rohit Sharma have been there and done that, four times in fact, for Delhi Capitals and Shreyas Iyer, it's a whole new world, having never reached the finale before. The defending champions have numerous players firing on all cylinders, but Delhi have relied heavily on certain individuals to get the job done for them. Shikhar Dhawan, Marcus Stoinis and Kagiso Rabada have been the stand out for DC, but they will need others to come to the party if they are to get the better of a rampant MI outfit.

Here are some of the players who are capable of turning the IPL 2020 final on its head.

Rohit Sharma: They say cometh the hour, cometh the man. Well, it certainly time that the Mumbai Indians captain put in a big performance for his team. Rohit Sharma has been well below par, even before an injury briefly halted his participation in the tournament.

The MI opener also has a lot to prove with all the drama surrounding his selection for the Australia tour. Rested for the ODI and T20 series in Australia (included in the Test squad), Rohit will be raring to prove his fitness as well as class. And on his day, there are few batsmen in the world that can turn it on, like Rohit can.

Suryakumar Yadav: The right-hander has been brilliant for Mumbai Indians this year. With Rohit out of form, he has shouldered the responsibility for the batting department and delivered more often than not.

He has scored 461 runs in 15 matches, and while that tally is less than that of Ishan Kishan and Quinton de Kock, both of whom have scored 483 runs each, Suryakumar has been an impenetrable wall that has been next to impossible to breach. He too has a point to prove after not finding a place in the India squads.

Jasprit Bumrah: India's star pacer started off slowly with teammate Trent Boult hogging the limelight. However, Jasprit Bumrah showed that form is temporary and class is permanent. He put in some phenomenal performances to steamroll teams out of the way as MI galloped towards the final.

Kagiso Rabada's spectacular form had left his rivals high and dry, but Bumrah rose through the ranks like a freight train, to not only catch up but also take the top spot, albeit momentarily. The Indian is only two wickets behind the South African, who is played two games more, in the race for the Purple Cap, and that will give Bumrah the added motivation to get the job done today.

Shikhar Dhawan: The left-hander didn't have the best of starts, but grew into the tournament. Dhawan has had a stupendous second half that has included two back-to-back to centuries. After a couple of poor outings right towards the end, which had three duck, the opener once again found top gear in Qualifier 2, blasting 78 runs to help DC post a winning total against SRH.

Dhawan, like Bumrah, has an added incentive. He can go above KL Rahul if he scores 68 runs in the IPL final and take the Orange Cap home.

Marcus Stoinis: The Australian all-rounder has arguably been Delhi's MVP this tournament. Not many would have imagined the impact Stoinis has had on IPL 2020. He has been exception with both the bat and ball, and has been key to DC's run to the IPL final. Stoinis has scored 352 runs at a strike rate of 149.15 and taken 12 wickets to go with it.

But more importantly, the Australian has got the job done when his team has needed some inspiration. He was promoted up the order in Qualifier 2 and DC might look to do that once again to unsettle the MI new-ball bowlers.

Kagiso Rabada: Having led the Orange Cap race for much of the tournament, the South African speedster found himself trailing Jasprit Bumrah going into Qualifier 2. It seemed Rabada had run out of steam, having taken just two wickets in his previous four games.

However, he took for wickets against the SunRisers in the virtual semi-final to wrestle back the lead from Bumrah. Despite his four-wicket haul, Rabada didn't look his menacing self, and Delhi and their fans will hope he is firing on all cylinders in the IPL final.

Marcus Stoinis IPL 2020 Mumbai Indians vs Delhi Capitals, Final Cricket
Get the latest updates on India vs South Africa and check out  Schedule, Results and Live Score. Like us on Facebook or follow us on Twitter for more sports updates. You can also download the NDTV Cricket app for Android or iOS.