IPL 2020 CSK vs RCB: Anushka Sharma was impressed by the batting masterclass that was on display by her husband Virat Kohli at the Dubai International Stadium against Chennai Super Kings. 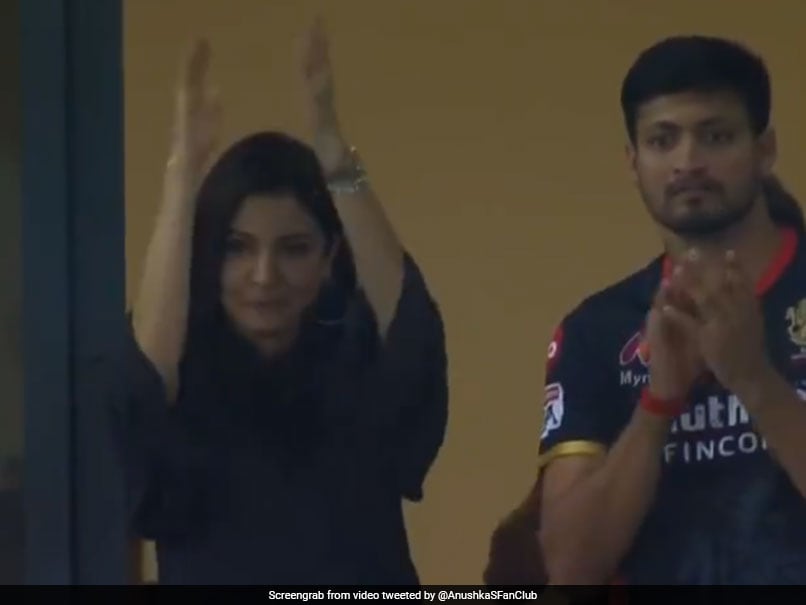 Virat Kohliput on a batting masterclass against Chennai Super Kings at the Dubai International Stadium on Saturday. The Royal Challengers Bangaloreskipper played an unbeaten knock of 90 to help his side post a competitive total of 169 for four from their quota of 20 overs. Kohli not only impressed the fans and cricket pundits but even his better half Anushka Sharma was in awe of the India captain's batting heroics. Anushka, who was at the stadium, was spotted cheering for her husband after Kohli walked back to the pavilion after the innings break.

Earlier, after winning the toss Kohli opted to bat and his decision seemed to backfire at the start of the innings as Deepak Chahar cleaned up Aaron Finch in the third over.

The RCB captain then joined Devdutt Padikkal in the middle and the duo put on 53 runs for the second wicket.

Shardul Thakur removed Padikkal in the 11th over and soon picked up another big wicket as he sent AB de Villiers back to the pavilion for a second-ball duck.

While wickets were falling from one end, Kohli kept going and put the bad balls away to the boundary.

Kohli added 26 runs for the fourth wicket with Washington Sundar before the latter was dismissed by Sam Curran.

All-rounder Shivam Dube then joined his skipper in the middle and remained unbeaten on 22.

The duo added 76 runs as CSK bowlers were taken to the cleaners towards the backend of RCB's innings.

Virat Kohli Devdutt Padikkal Shardul Thakur Cricket Chennai Super Kings vs Royal Challengers Bangalore, Match 25 IPL 2020
Get the latest updates on IPL 2021, check out the IPL 2021 Schedule and Indian Premier League Live Score . Like us on Facebook or follow us on Twitter for more sports updates. You can also download the NDTV Cricket app for Android or iOS.