IPL 2020: Virat Kohli and AB de Villiers have been immensely successful for Royal Challengers Bangalore in the IPL. 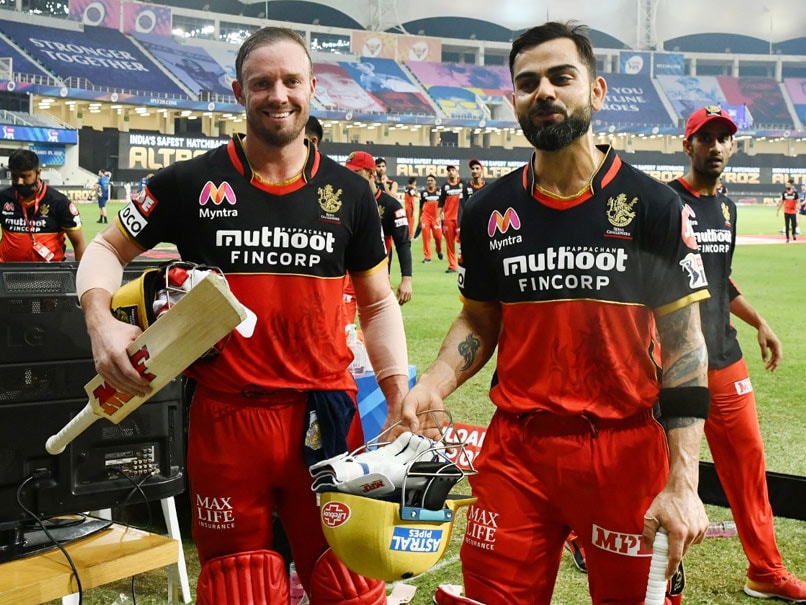 Virat Kohli and AB de Villiers have been the lifelines of Royal Challengers Bangalore (RCB) ever since they came together at the club in 2011. In the intervening nine years the two have forged many a successful partnership in the middle and have played the Indian Premier League (IPL) final twice. However, a title has remained elusive. While RCB are eyeing their maiden title win this season, Kohli took a moment to celebrate his friendship with de Villiers that has blossomed on and off the field. “The most special thing about sport is the friendship and mutual respect you share with your teammates along your journey. Sport is beautiful,” wrote Kohli in a post on social media and shared a picture of self with de Villiers.

The most special thing about sport is the friendship and mutual respect you share with your teammates along your journey. Sport is beautiful

Kohli and de Villiers came together most recently in RCB's last outing in IPL 2020, against Mumbai Indians, when they chased down a target of eight runs in the Super Over to help their team register their second win of the tournament.

In the Super Over, RCB's Navdeep Saini gave away just seven runs and Kohli and de Villiers chased down the target off the last ball of the match.

RCB's next match is against Rajasthan Royals on Saturday. RR were handed their first defeat of IPL 2020 on Wednesday when they were bested by Kolkata Knight Riders in Dubai.