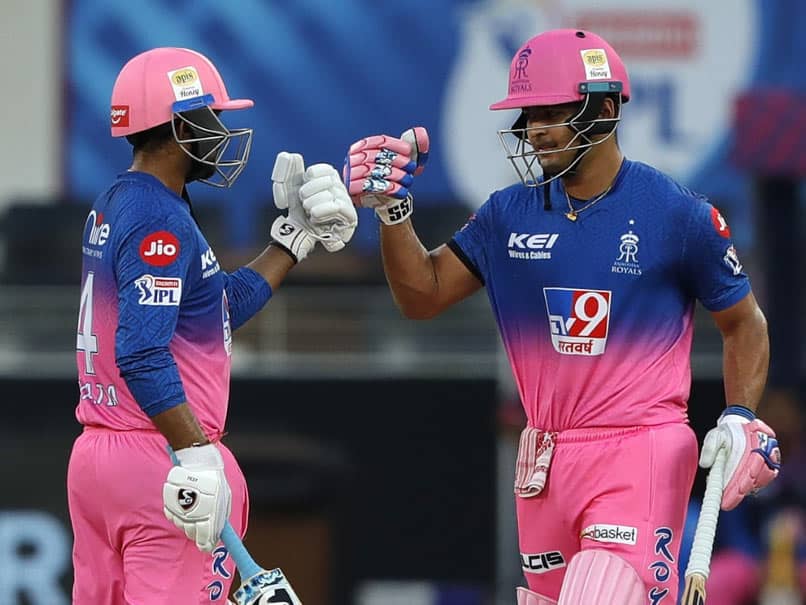 IPL 2020, SRH vs RR: Riyan Parag and Rahul Tewatia held their nerve in the end.© BCCI/IPL

At 78 for five in 12 overs in a chase of 159, Rajasthan Royals were struggling to remain afloat in the game against SunRisers Hyderabad in Dubai. Rahul Tewatia, who had been hitting the ball well in the past few games but hadn't been able to repeat his Sharjah heroics against Kings XI Punjab, had just arrived and giving him company was Riyan Parag, an 18-year-old from Guwahati, playing only his second Indian Premier League (IPL) season. The SRH bowling, albeit weakened by the absence of Bhuvneshwar Kumar had the wily Rashid Khan, who until this game had eight wickets from six matches. The odds were stacked against the two RR batsmen and it was a chance for them to be the heroes. That's exactly what they did.

“I thought Rahul and Riyan as a young kid showed great composure. Stokesy (Ben Stokes) obviously didn't come off tonight. Our top four didn't fire, but today (we) showed our depth,” said Rajasthan captain Steven Smith at the post-match presentation after an unbroken 85-run stand between Tewatia and Parag had taken the team home.

Tewatia remained unbeaten on 45 off 28 with four fours and two sixes while Parag finished the game off with a six over covers and did a traditional Assamese dance to celebrate the win. He got 42 off 26 with two fours and as many sixes.

With 36 runs needed off the last three overs and Rashid still with an over up his sleeve, the task was daunting for Rajasthan. However, Tewatia showed great composure by hitting the leg spinner for three consecutive boundaries in the 18th over to change the balance of the game in his team's favour.

This after Ben Stokes, returning from quarantine and playing his first match of IPL 2020, was dismissed in the second over of the chase and both Smith and Jos Buttler departed soon after.

“With Stokesy back it brings a nice balance to us. He (Tewatia) has been impressive, hasn't he? (He) just thrives in pressure situations. You bring in his bowling and fielding to it and he's a terrific player for us,” Smith quipped.

“I don't think it was the easiest wicket and the square boundaries are quite big too. So great composure from Parag. Proud that he could come back in and score some runs straight up.”

SRH captain David Warner, who scored a valuable 48 to take his team to 158/4, also lauded the Rajasthan pair for taking the game away from Hyderabad in the final overs. Even holding Rashid back for an over at the death after the Afghan had dismissed Sanju Samson and Robin Uthappa didn't help.

“We've done it (holing Rashid back) in the past, we've held him back and tried and nullify some runs, but these two played exceptionally well,” Warner said after the match.

“Tonight we didn't mis-execute, but some of the decisions at the top of the mark weren't there. And we probably bowled the wrong ball at the time.”

Jos Buttler Rashid Khan IPL 2020 Sunrisers Hyderabad vs Rajasthan Royals, Match 26 Cricket
Get the latest updates on India vs England Series, India vs England , live score and IPL 2021 Auction . Like us on Facebook or follow us on Twitter for more sports updates. You can also download the NDTV Cricket app for Android or iOS.