IPL 2020, SRH vs KKR: Lockie Ferguson's five wickets in the match (three in his quota of four overs and two more in Super Over) helped KKR beat SRH on Sunday in Abu Dhabi. 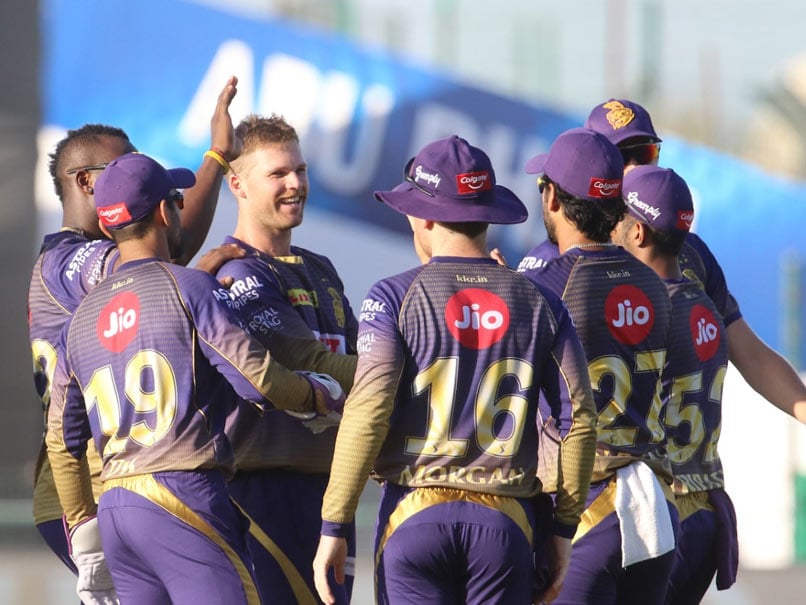 IPL 2020: Lockie Ferguson's five wickets in the match helped KKR get back to winning ways.© BCCI/IPL

Lockie Ferguson's two wickets in the Super Over in addition to three in regular time helped Kolkata Knight Riders prevail over SunRisers Hyderabad on Sunday in Abu Dhabi after the game ended in a tie. Ferguson bowled SRH skipper David Warner for nought and Abdul Samad for two in the Super Over, and KKR's captain Eoin Morgan and ex-captain Dinesh Karthik strolled to the target of three runs with three balls to spare. In their allotted 20 overs, SRH finished on 163 for six, as many as KKR gotin the first innings although they lost only five wickets. Warner batted superbly for his unbeaten 47 off 33 that included three boundaries in the last over of regular time off Andre Russell, who had been suffering with a hamstring injury and was limping through his run up.

SRH shuffled their batting line-up with Kane Williamson (29) opening the batting alongside Jonny Bairstow (36). The duo got SRH's chase of 164 off to a good start, adding 57 runs in the first six overs,

Ferguson brought KKR back in the contest by sending back Williamson and then Priyam Garg (4), who was promoted to No. 3.

Captain Warner came in at four and stayed till the end but lacked support at the other end as Bairstow fell to Varun Chakravarthy in the 10th over and Manish Pandey (6) was bowled by Ferguson in the 12th to tilt the balance towards KKR.

When Vijay Shankar departed cheaply for seven, leaving SRH tottering at 109/5 in the 16th over, KKR looked in complete control.

However, Warner and Abdul Samad (23 off 15 balls) had other plans as they took the game into the last two overs.

Samad fell at the end of the 19th over, but Warner made full use of a final over bowled by a less-than-100-per-cent Russell and helped SRH tie the game.

Earlier, KKR were asked to bat by Warner and for a large duration of the innings it looked like they would finish below-par.

For KKR, Ferguson was the pick of the bowlers with figures of 3 for 15 in four overs in addition to two wickets in the Super Over.

Rashid Khan returned 1 for 28 for SRH while Vijay Shankar was the most economical with figures of 1 for 20 off four overs.

With this win, KKR consolidated their position at No. 4 as they now have 10 points from nine matches.

SRH stay on the fifth spot with six points from nine games.

Andre Russell Shubman Gill IPL 2020 Sunrisers Hyderabad vs Kolkata Knight Riders, Match 35 Cricket
Get the latest updates on ICC Women's Cricket World Cup 2022 and IPL 2022, check out the Schedule , Live Score and IPL Points Table. Like us on Facebook or follow us on Twitter for more sports updates. You can also download the NDTV Cricket app for Android or iOS.