IPL 2020, RCB vs MI: Virat Kohli and Jasprit Bumrah, two of the best limited-overs players in the world, will face-off when Royal Challengers Bangalore take on Mumbai Indians. 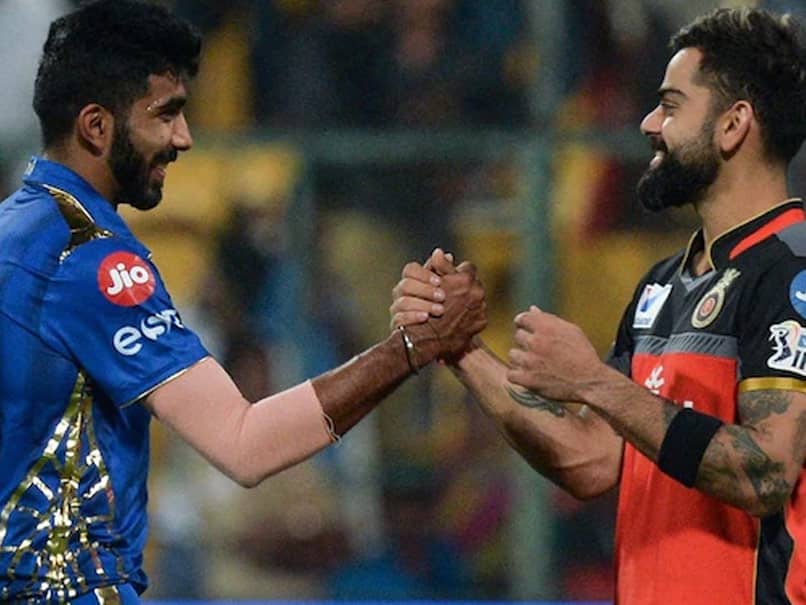 IPL 2020, RCB vs MI: The contest between Virat Kohli and Jasprit Bumrah will be a treat for fans.© AFP

Mumbai Indians (MI) take on Royal Challengers Bangalore (RCB) in Match 10 of Indian Premier League (IPL) 2020 on Monday and two of the best white-ball players in the world in Virat Kohli and Jasprit Bumrah will be facing off in the contest. Kohli is likely to bat in the top three and Bumrah will be used by MI captain Rohit Sharma with the new ball as well as at the death. Kohli is yet to fire in the tournament, having managed scores of 14 and 1 so far, while Bumrah has already made an impact returning 2/32 against Kolkata Knight Riders (KKR) after having an indifferent start to the season against Chennai Super Kings when he finished 1/43.

Kohli batted at No.3 in his first outing against SunRisers Hyderabad but promoted wicket-keeper batsman Josh Philippe to that position against Kings XI Punjab. However, he is likely to stick to his usual position of first down against a strong MI bowling line-up.

Bumrah was instrumental to MI's success against KKR in their last match when he dismissed two key batsmen - the big-hitters Eoin Morgan and Andre Russell - in one over and closed out the game.

However, if there's a batsman who is most equipped to negate the Bumrah threat in that RCB line-up, it's the skipper Kohli.

The India captain has plenty of experience facing Bumrah in the nets when the two cricketers play for India and would bank on that experience to negotiate the nip off the pitch that Bumrah usually gets with the new ball as well as the well-disguised slower balls and pin-point yorkers.

Bumrah dismissed Kohli in IPL 2019 when the teams met at the M Chinnaswamy Stadium, RCB's home turf, and hence the pacer enjoys the bragging rights.

Jasprit Bumrah Dubai International Cricket Stadium, Dubai IPL 2020 Cricket Royal Challengers Bangalore vs Mumbai Indians, Match 10
Get the latest updates on IPL 2020, check out the IPL Schedule for 2020 and Indian Premier League (IPL) Cricket live score . Like us on Facebook or follow us on Twitter for more sports updates. You can also download the NDTV Cricket app for Android or iOS.