IPL 2020, Qualifier 2, DC vs SRH: SunRisers Hyderabad captain David Warner said the team's attitude in the field let them down even after making comebacks with bat and ball against Delhi Capitals. 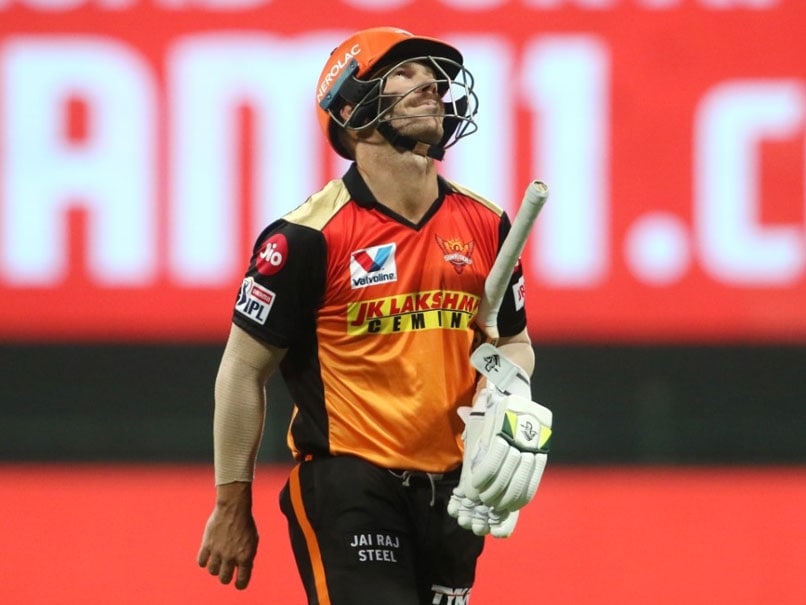 IPL 2020: David Warner's SunRisers Hyderabad were knocked out of the tournament on Sunday.© BCCI/IPL

After losing against Delhi Capitals in Qualifier 2 and missing a spot in the IPL 2020 final, SunRisers Hyderabad skipper David Warner said that despite doing good with bat and ball the side failed to show the right attitude in the field. Kagiso Rabada took four wickets while Marcus Stoinis scalped three wickets as Delhi Capitals defended a total of 189 runs and registered a 17-run victory to progress to the final. This is the first time that Delhi will play the summit clash of the tournament. They face Mumbai Indians in the final on November 10.

Kane Williamson and Abdul Samad scored 67 and 33 respectively. The duo played fiercely and hammered Delhi bowlers all around the ground.

The pair added a quick 57-run stand for the fifth wicket and gave a tough fight before being sent to the pavilion. In the end, Delhi restricted SRH to 172/8 in their 20 overs.

"First and foremost, no one gave us a chance at the start. Everyone talked of the big three: Mumbai, DC and RCB. So I am really proud of our campaign," Warner told the host broadcaster Star Sports after the match.

"Natarajan, Rashid (Khan), Manish Pandey have been the positives. That back half in the tournament is how we like to play our cricket.

"You can't win tournaments if you keep dropping catches and missing chances. I think with the ball and the bat we improved after doing badly but our attitude in the field let us down.

"Yes, there were injuries but you have to work with what you have got. I am proud to get where we are today as no one gave us a chance," he added.

Earlier, Shikhar Dhawan and Shimron Hetmyer played knocks of 78 and 42 respectively as Delhi Capitals posted a total of 189/3 in the allotted 20 overs.

In the final four overs, Delhi Capitals managed to add 44 more runs to their total and as a result, the side posted a score of 189.

For Delhi, Shikhar Dhawan was the top-scorer as he played a knock of 78 runs while Hetmyer remained unbeaten on 42.

For SRH, Jason Holder, Sandeep Sharma and Rashid Khan took one wicket each.

David Warner IPL 2020 Delhi Capitals vs Sunrisers Hyderabad, Qualifier 2 Cricket
Get the latest updates on SA vs IND 2021-22, check out the Schedule and Live Score . Like us on Facebook or follow us on Twitter for more sports updates. You can also download the NDTV Cricket app for Android or iOS.