IPL 2020: Suryakumar Yadav said that it is a blessing to have a captain like Rohit Sharma who is always looking to help. 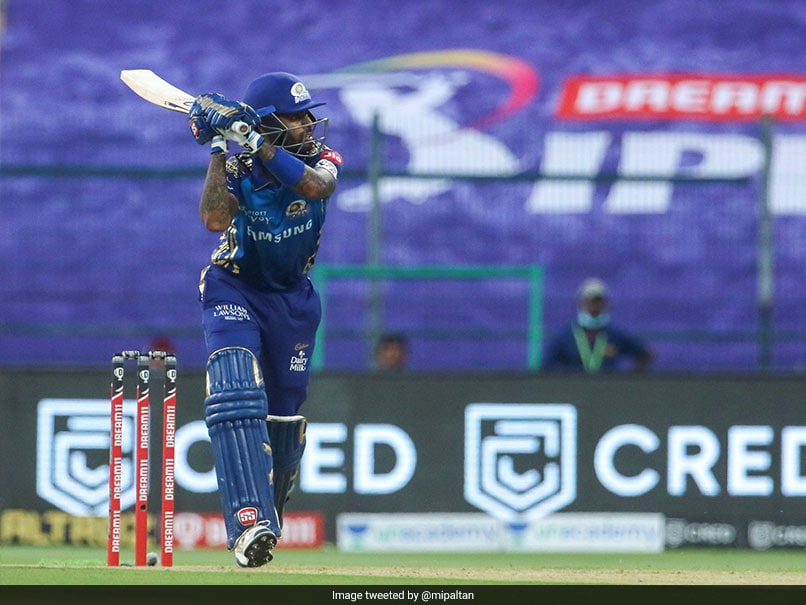 IPL 2020: Suryakumar Yadav has been in fine form during the ongoing edition.© Twitter

Mumbai Indians batsman Suryakumar Yadav has been looking in fine form in the 13th edition of the Indian Premier League (IPL), and even as many have struggled to hit top gear after the coronavirus-induced break, he has looked well settled and in rhythm. The batsman says that Mumbai players are looking in sync as a result of the pre-season camp that the team had in Mumbai as everyone came together to prepare for the league. "I think the camp in Mumbai was the first thing when it came to preparing to come into the IPL. Players coming in together at that time when there was a crisis around has helped us a lot mentally. So, when we came in, we were already mentally prepared for what is expected of us."

"The camp was set-up in a way that the conditions were more or less the same to what we have here and that helped us prepare for the conditions. The camp also gave us an idea of what will happen when cricket resumes," he told ANI during an interaction.

Another noticeable factor has been how skipper Rohit Sharma has time and again looked to spend time with the youngsters and help them with the finer nuances of the game. Suryakumar said that it is a blessing to have a captain like Rohit who is always looking to help.

"I have trusted Rohit bhai's suggestions blindly. Every time I meet him or interact with him, I learn something new. He has been brilliant and every time I sit down with him, I try to grasp as much as I can from him as he has done so well in international cricket over the years. As I am batting at the top now, he shares the same experience as to what he did. He also explains different situations and what he has gone through (in his career)."

"He has given me certain suggestions and I have tried them since I started batting higher up the order in 2018. He is always there and it is a great feeling to have him around and help us with little things," he smiled.

Asked if he had any specific discussion with the likes of Rohit, Jasprit Bumrah and Hardik Pandya during the camp in Mumbai, the batsman said: "They are all mentally strong and I have played domestic cricket with not just Rohit Bhai, but also Jasprit when he started. They have also played without crowds in domestic cricket and had a discussion on that also as to how to go about it. During the camp also we spoke about how one needs to focus on the plans and processes."

Suryakumar is one player who is knocking on the doors of a national call-up for the last couple of seasons. But the batsman says that he wants to focus on the process and not get distracted or disappointed if a call doesn't come immediately.

"I have matured since the past two or three years and know how I want to approach the game. I have realised if I keep running behind the call-up, it will keep going far. Just focusing on the process and the result will automatically be taken care of. In the last two or three years, I have been batting well and something good is round the corner," he said.