IPL 2020, CSK vs RCB, Chennai Super Kings vs Royal Challengers Bangalore: Players To Watch Out For

CSK vs RCB: Royal Challengers Bangalore are currently fifth on the points table, two points ahead of Chennai Super Kings, who have played a game more. 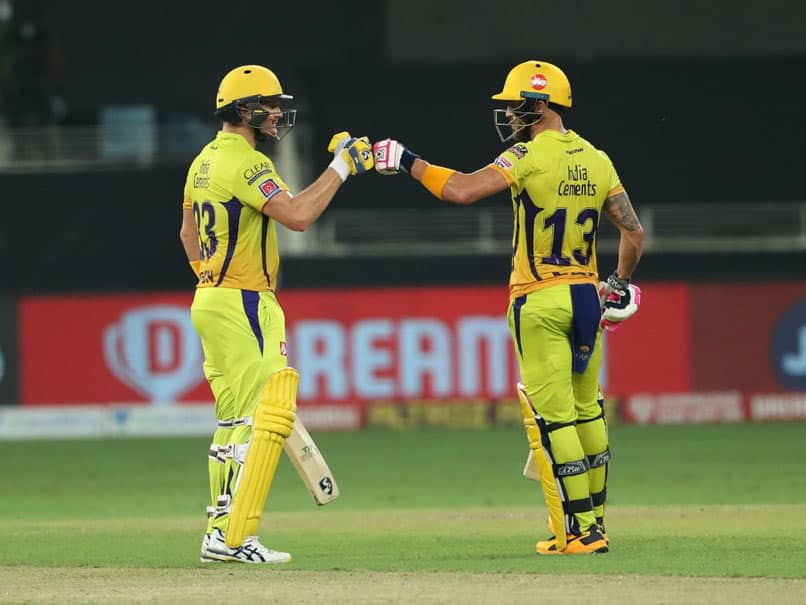 CSK vs RCB: Faf du Plessis and Shane Watson have been the two standouts for Chennai Super Kings.© BCCI/IPL

Normally, one would find Chennai Super Kings (CSK) in the top of half of the IPL Points Table. But this season that hasn't been the case, with MS Dhoni's team having a tough time in the United Arab Emirates (UAE). CSK have won just two of their six matches and are currently in in sixth place. Royal Challengers Bangalore (RCB) are doing well and are currently fifth in the table with the three wins in five games. It's not like CSK have been completely dismal. They have been there and thereabouts this season, only lacking that final push to get them over the line. But it does seem they might have a few passengers in the team. It's good to show faith in your players but one has to draw the line somewhere and time might just have run out for Kedar Jadhav.

Faf du Plessis: The South African veteran has been the standout for Chennai Super Kings (CSK) in the batting department. It his consistency with the bat that has put CSK in a position to win the game. It's a different matter that the team has still managed to shoot themselves on the foot. Du Plessis is currently the second highest run-getter in IPL 2020, only 14 runs behind KL Rahul. He scored 299 runs in six games at an average of 74.75 at a strike rate of 151.01.

Shane Watson: The big-hitting Australian started the tournament sluggishly, but the diesel engine seems to have warmed up nicely, and Watson has started firing for CSK. After scores of 4, 33, 14 and 1, the Australian veteran has hit back-to-back centuries (83 not out and 50). CSK will hope Watson will continue to give good starts for the team in the upcoming matches, which will be crucial if CSK are to reach the playoffs.

Shardul Thakur: CSK bowlers seem to be struggling to pick up wickets with Deepak Chahar underperforming big-time with the new ball. Shardul Thakur has come in and changed all that. The medium pacer has played three matches and picked up five wickets at a strike rate of 14.40. The economy is not the best (8.25), but CSK won't care too much as long as he continues to pick up wickets.

Virat Kohli: By his loft standards, the RCB skipper had a nightmare start to the tournament, with scores of 14, 1 and 3 in the first three matches. However, as expected that was just a blip and Virat Kohli is back to his best, smashing an unbeaten 72 against Rajasthan Royals and following it up with a solid knock of 43 against Delhi Capitals. Kohli, though, is due a big one, and surely the a century is around the corner.

Devdutt Padikkal: The 20-year-old from Kerala has been a revelation with the bat for RCB. It's been a dream season for Devdutt Padikkal as he leads in the run-scoring charts for RCB ahead of some massive names. He has played all five matches so far, scoring a total of 178 runs at an average of 35.60 and a strike rate of 131.85. The only negative, if we are really nit-picking, has been the fact that he has been unable to convert any of three half-centuries into a hundred.

Yuzvendra Chahal: The leg-spinner light years ahead of the other bowlers in the RCB camp, single-handedly giving his team a couple of wins. The bowling has once again been a cause for concern for RCB but Chahal has been on different plant, taking eight wickets in five matches at an economy rate of 7.57. RCB need others beside Chahal to make an impact, if are to seriously challenge for a place in the top four.

Yuzvendra Chahal IPL 2020 Chennai Super Kings vs Royal Challengers Bangalore, Match 25 Cricket
Get the latest updates on IPL 2020, check out the IPL Schedule for 2020 and Indian Premier League (IPL) Cricket live score . Like us on Facebook or follow us on Twitter for more sports updates. You can also download the NDTV Cricket app for Android or iOS.