Ruturaj Gaikwad has been in isolation since testing positive for coronavirus after reaching the UAE in August. 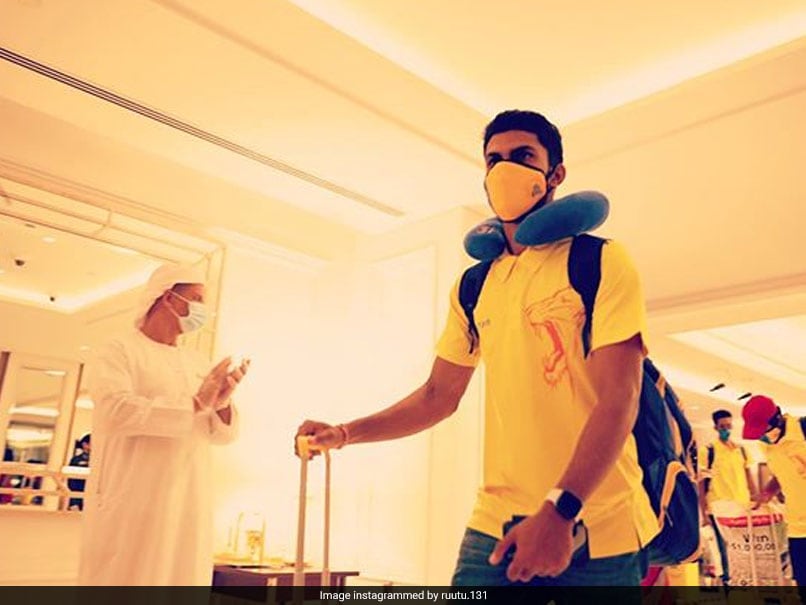 Chennai Super Kings batsman Ruturaj Gaikwad, who tested positive for COVID-19 last month, remains in isolation and is unlikely to be available for the team's Indian Premier League (IPL) opener against Mumbai Indians on September 19 in Abu Dhabi. CSK CEO Kasi Viswanathan said the India A batsman is doing "absolutely fine" but has not yet got the BCCI's clearance to join the team's bio-bubble. "Ruturaj has still not been cleared by the BCCI medical team and is in isolation. He is unlikely to be available for the first match. We are expecting him back in the (bubble) in the next couple of days and he is doing absolutely fine," Viswanathan told PTI.

Thirteen members of the CSK contingent tested positive for the virus last month and two of them were players - Gaikwad and Deepak Chahar. Chahar, along with 11 others, has recovered and resumed training after clearing his mandatory two tests.

Gaikwad too underwent two tests on Sunday and Monday, the results of which are not known. After clearing the COVID-19 test after the 14-day quarantine, a player is also needed to undergo a cardiovascular and lung function test to ensure he is fit to train.

Gaikwad is seen as Raina's replacement in the team after the latter pulled out of the tournament and flew back home due to personal reasons.

Visawanthan said the team has not not decided on their replacements yet.

Chennai Super Kings Ruturaj Gaikwad Deepak Chahar Cricket
Get the latest updates on ICC T20 Worldcup 2022, check out the Schedule and Live Score. Like us on Facebook or follow us on Twitter for more sports updates. You can also download the NDTV Cricket app for Android or iOS.