Kings XI Punjab's official Twitter handle shared a smiling picture of Chris Gayle, along with a cheeky reference to the now-banned PUBG. 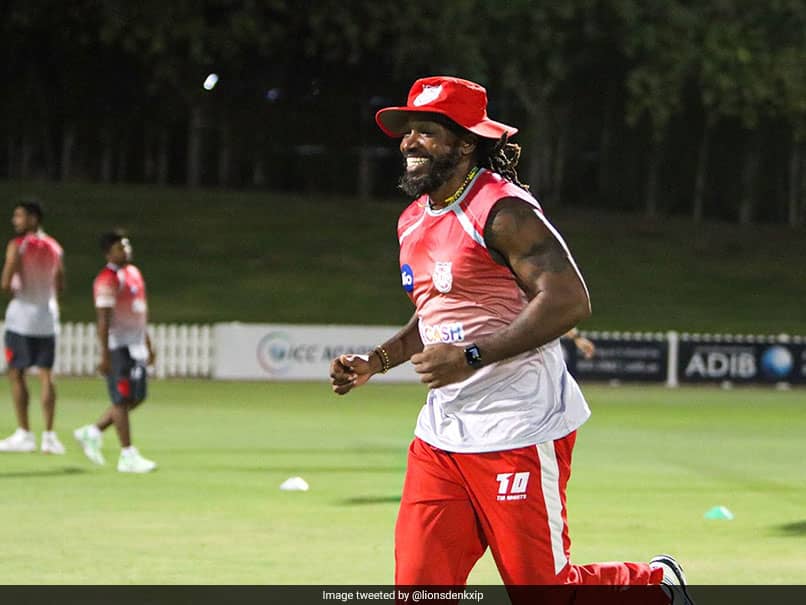 Chris Gayle will play for Kings XI Punjab in the upcoming edition of IPL.© Twitter

Kings XI Punjab (KXIP) batsman Chris Gayle was seen sporting a big smile in a picture shared by the franchise's official Twitter handle. The image was accompanied by a reference to the game PUBG, which was banned in India on Wednesday. "TFW you know there's no ban on chicken for dinner," read the caption. KXIP have been training for the upcoming edition of the Indian Premier League (IPL), having completed the mandatory quarantine as per the government of the UAE and IPL SOP guidelines. The 13th edition of the tournament will be played in the UAE across three venues -- Dubai, Abu Dhabi, and Sharjah from September 19 to November 10.

KXIP pacer Mohammed Shami was seen padding up in a picture clicked during a training session, which was shared on the franchise's Twitter handle. "Look what 2020's doing to us all... even Shami bhai's got to pad up! #Dream11IPL #SaddaPunjab," the caption on the Tweet read.

KXIP are yet to win the IPL in 12 editions of the tournament, finishing sixth in the league table last year under the leadership of Ravichandran Ashwin. KL Rahul, who was the highest run-scorer for the franchise in the previous edition with 593 runs in 14 matches, has been appointed as the new skipper.

Former India captain Anil Kumble has further joined the franchise as the Director of Cricket Operations and Head Coach.

"It is a great challenge for me and an opportunity to get involved in the IPL again. I look forward to working with the owners and the players, and hope to make a significant contribution with the team," Kumble told the franchise's official website.