"Look What 2020's Doing To Us All": Kings XI Punjab React As Mohammed Shami Pads Up 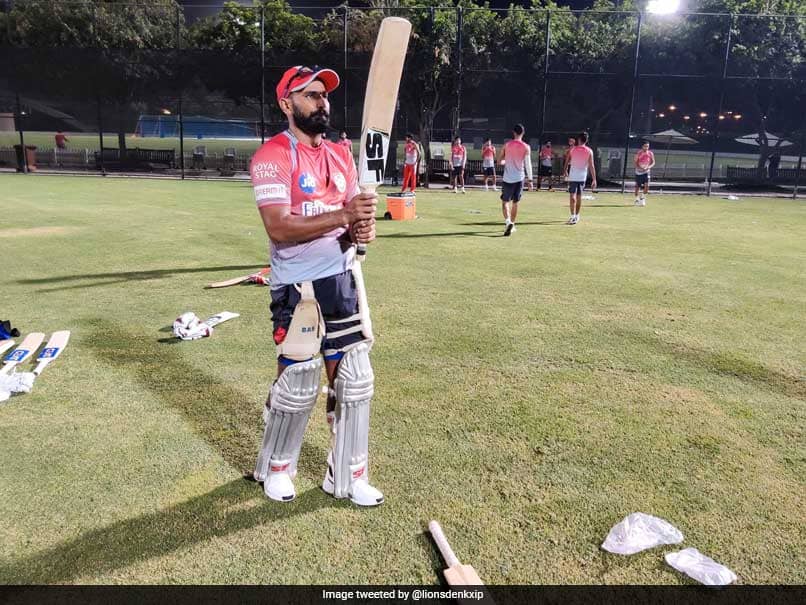 Mohammed Shami is gearing up for IPL 2020 with Kings XI Punjab.© Twitter

Kings XI Punjab (KXIP) pacer Mohammed Shami was seen padding up in a picture shared by the franchise's official Twitter handle, with a tongue-in-cheek reference to the impact which the year 2020 has had on everyone. "Look what 2020's doing to us all... even Shami bhai's got to pad up! #Dream11IPL #SaddaPunjab," the caption on the Tweet read. KXIP fielding coach Jonty Rhodes has recently emphasized on the importance of high fielding standards being maintained by senior players like Shami, in the upcoming edition of the Indian Premier League (IPL).

Rhodes stated that the emerging players in the squad would look to emulate the standards ensured by cricketers like the Team India pacer, resulting in a great culture being created within the group. "From an energy perspective, I always look to the senior players to lead that because there are some talented young players like Mayank Agarwal, Karun Nair, Deepak Hooda, some great fielders. But it's guys like Shami who, for me, are so important to this outfit because they are often looked up to and respected in very high regard, especially in Indian cricketing circles," he said in a video posted on the franchise's official Twitter handle.

The IPL 2020 will be played in the UAE across three venues -- Dubai, Abu Dhabi, and Sharjah from September 19 to November 10. Mumbai Indians (MI) will take on Chennai Super Kings (CSK) in the opening clash of the tournament, with the latter expected to miss out on the services of batsman Suresh Raina.

Mohammed Shami Cricket
Get the latest updates on India vs Australia Series, check out the India vs Australia Schedule for 2020-21 and Ind vs Aus live score . Like us on Facebook or follow us on Twitter for more sports updates. You can also download the NDTV Cricket app for Android or iOS.