Chennai Super Kings Not In Favour Of Indians-Only IPL: Report

Chennai Super Kings have rejected the idea of an IPL with only Indian players saying it would be like playing another Syed Mushtaq Ali Trophy. 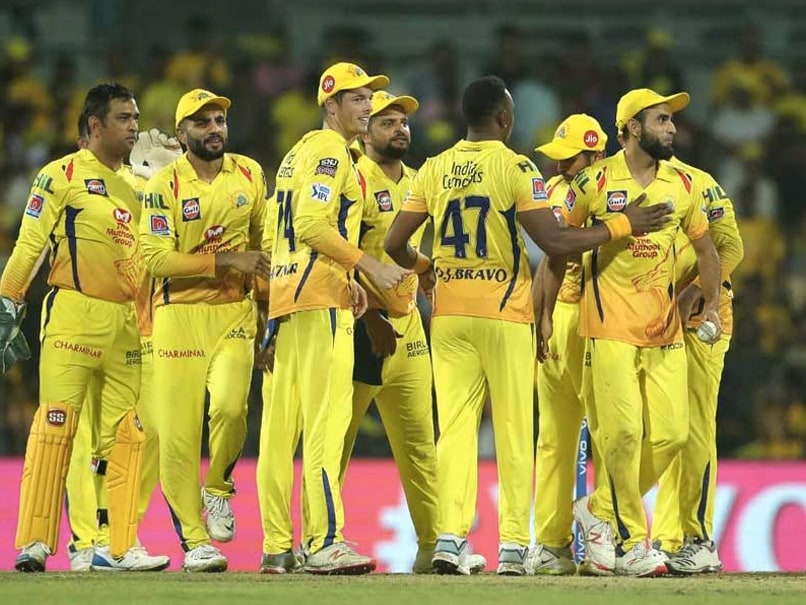 CSK are the second most successful team in the event's history.© BCCI/IPL

Chennai Super Kings have rejected the idea of an IPL with only Indian players in the near future, differing with Rajasthan Royals, the franchise which is keen on the option given the circumstances caused by the COVID-19 pandemic. The IPL, which is indefinitely postponed, can be held in the September-October window if the scheduled T20 World Cupin Australia doesn't take place. "CSK is not keen to do an IPL with only Indian players. That way it would be playing another Syed Mushtaq Ali Trophy (domestic T20 competition). The franchise has not been in touch with the BCCI of late as the situation is worsening," a CSK source told PTI on conditions of anonymity.

"Let's hope we can have the IPL later this year," he added.

CSK are three-time IPL champions, making them the second most successful team in the event's history after Mumbai Indians, who have won the tournament four times.

The BCCI is also very keen to stage the IPL and if it doesn't happen, the world's richest board would be in financial trouble like Cricket Australia.

"The boardwill take a revenue hit of Rs 4000 croreif it doesn't happen. The board will be in a big problem," BCCI treasurer Arun Dhumal told PTI earlier this week.

With COVID-19 cases continuing to rise in India, the board and IPL team officials see little point in discussing when the event can be held.

"There has been no discussion with the BCCI ever since it postponed the IPL. There is no point in discussing also as things are unlikely to be okay anytime soon," the CSK source said.

"We expect the BCCI to take the best possible decision when the time comes," he added.

the IPL to happen with foreign players, travel restrictions, which are currently in place, will have to be eased.

There is an option of conducting the IPL outside India and Sri Lanka Cricket has even offered to host the biggest T20 league in the world.

MS Dhoniwas expected to make a much-awaited comeback with the IPL but that too has been postponed indefinitely.

Teammates like Suresh Raina and Piyush Chawla have already spoken about how eager Dhoni was to return.

According to them, Dhoni had the determination of a youngster before the league was suspended due to the lockdown imposed to contain the pandemic.

"Dhoni is his own man but I see him playing the IPL for at least two three years. When it comes to playing for India, only he knows best," the source added.

Last month, Rajasthan Royals executive chairman Ranjit Barthakur had said the franchise was open to a shortened IPL with only Indian players.

MS Dhoni Cricket IPL 2020
Get the latest updates on Fifa Worldcup 2022 and check out  Fifa World Cup Schedule, Stats and Live Cricket Score. Like us on Facebook or follow us on Twitter for more sports updates. You can also download the NDTV Cricket app for Android or iOS.