There are 17 Australian players who hold IPL contracts and are waiting for the verdict on the tournament after it was postponed from March 29 to April 15. 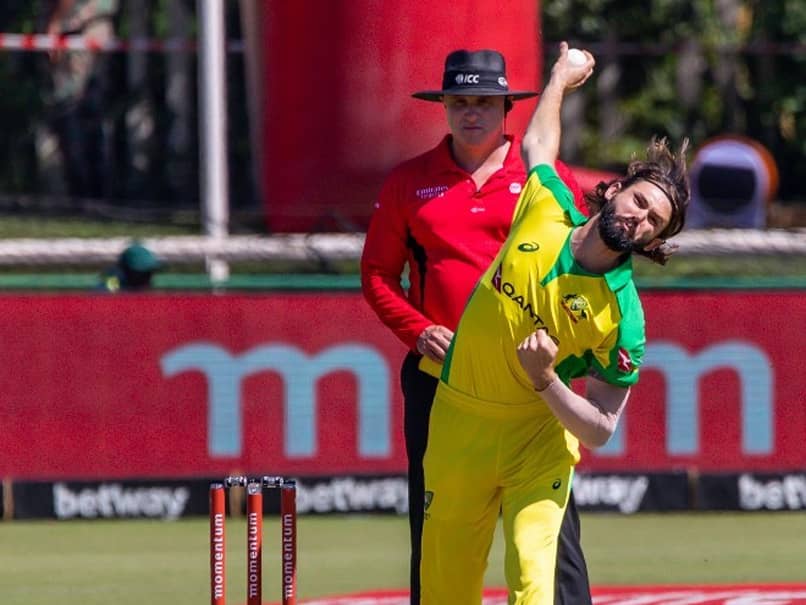 Kane Richardson was quarantined due to a coronavirus scare but tested negative.© AFP

Australia pacer Kane Richardson has said he and other Australian players are waiting to hear from Indian Premier League (IPL) about the next step after the cash-rich tournament was postponed due to coronavirus outbreak. Seventeen Australians hold Indian Premier League contracts, which was scheduled to start on March 29 but has been suspended till April 15. "We're just waiting to hear," Richardson told cricket.com.au's 'The Unplayable Podcast' where he talked about the quarantine experience he had to undergo after complaining of a sore throat before the first ODI of the Chappell Hadlee series, which now stands cancelled.

"A lot of the blokes have opinions - 'it's going to get cancelled', this and that - but again it can change in a day or a week, so I'll just sit by the phone and get ready to play for the 15th at the moment - that's what I'm thinking.

"(The Australia squad) were all sitting around chatting about it. It's happened out of nowhere.

"A lot of us were going to be away from now till the end of the IPL, so to now be sitting at home with absolutely no idea when the next game of cricket is going to be for any of us, just shows how quickly this has grown.

"Even a week ago we were flying back from South Africa and there was no thought of coronavirus at all in the air or when we got back to the airport.

"It's hard to believe we're sitting here at home with everything being cancelled but when you watch the news and see what's going on in the world, it's definitely the right call.

"I think the main issue that a lot of boys had was travelling away from home and if you happen to catch it, you're stuck in a hotel room for two weeks. That's the sticking point I reckon a lot of the guys were uncomfortable with."

He also detailed his coronavirus scare.

The New Zealand series was eventually called off when the Kiwis had to depart prematurely but Richardson was quarantined in a hotel room for 26 hours.

"I was at risk because I'd travelled overseas within (the previous) two weeks and I had one of the four symptoms, so that was the reason I got tested," the 29-year-old said.

"I thought it was all a joke at the time but (the team doctor) was adamant it wasn't.

"He spoke to various people on the phone to make sure he was doing the right thing and got the biggest swab I've ever seen out and stuck it into the back of my nose and back of my mouth, so it wasn't a pleasurable experience but that was the protocol so I was happy to go along with it.

"I wasn't expecting a positive result and thankfully that's what happened...I'm all good and I got the OK to go outside and in the fresh air again."

All cricket activities have been suspended in Australia.