IPL 2020: Constant questions have been raised on whether Delhi Capitals have a place in the XI for senior campaigner Ajinkya Rahane. 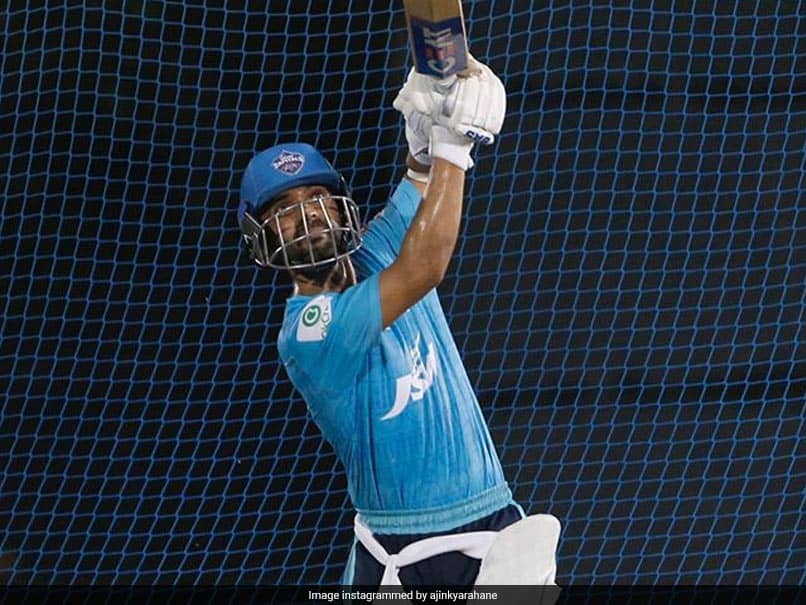 IPL 2020: Ajinkya Rahane is yet to make his maiden appearance for Delhi Capitals.© Instagram

Delhi Capitals are sitting pretty on the points table having won four of their five games in the 13th edition of the Indian Premier League. But constant questions have been raised on whether they have a place in the XI for senior campaigner Ajinkya Rahane. And at present, it looks like India's Test deputy will have to wait his turn. Speaking to ANI, a DC official said that while Rahane is brilliant and brings a lot to the table, the duo of Shikhar Dhawan and Prithvi Shaw have been in fine form, and tinkering with the opening partnership isn't something the team is looking to do.

"You have to understand that whatever is being said on social media cannot be the criteria for team selection. Rahane is a brilliant player and brings in a lot of experience with him. But the simple point is that Dhawan and Shaw have been outstanding at the top. You do not fix something that isn't broken. Also, you would realise we have looked to continue with players who we believe in over the last two seasons. Dhawan and Shaw are proven performers for us. Rahane will have to wait his turn to be honest," the official said.

Asked if that opens the door for other franchises to look at him in the mid-season transfer window as capped players are also allowed to be transferred this season, the official answered in the negative.

"He is an integral part of the team and he wasn't brought in with the idea of trading him mid-season. Whatever be said on the outside, he has been excellent with the team and has looked to give his input wherever possible," the official said.

Is there a possibility that Rahane can be brought in as a middle-order bat if not as an opener, the official said that the team management has to think on those lines, but it could be a little unfair on the player.

"The demand in the middle-order in a tournament like the IPL is very different and you would not wish to be unfair to him by asking him to bat in the middle-order. After that, it is the call of the team management. Also, you don't do something just for the sake of it. There is a lot of discussion and planning that goes on behind these things," the official explained.

Delhi have done really well this season and will now take on Rajasthan Royals at the Sharjah Cricket Stadium on Friday.

Shikhar Dhawan Prithvi Shaw Cricket
Get the latest updates on India vs England Series, India vs England , live score and IPL 2021 Auction . Like us on Facebook or follow us on Twitter for more sports updates. You can also download the NDTV Cricket app for Android or iOS.