The RCB team, including captain Virat Kohli had reached the UAE on Friday and now have been joined by the South African trio of AB de Villiers, Dale Steyn and Chris Morris. 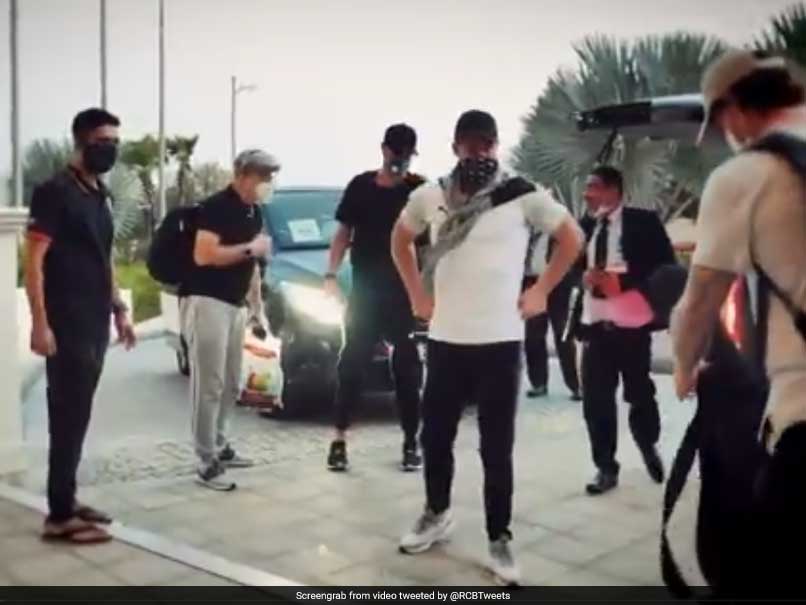 South African superstars AB de Villiers, Dale Steyn and Chris Morris joined the Royal Challengers Bangalore squad in Dubai, the team's Twitter handle revealed on Saturday. RCB tweeted a video of the South African trio reaching the team hotel. De Villiers, Steyn and Morris also briefly spoke about their journey to the United Arab Emirates (UAE) and getting accustomed to the new normal. The RCB squad and team captain Virat Kohli had reached the UAE on Friday and will now spend seven days in quarantine before starting their preparations for the IPL 2020.

Star batsman De Villiers said that he was "excited and happy to be here" and is looking forward to meeting the new faces in the team.

"Very excited and happy to be here. Travelling was a little different to the normal but we have made it here with my South African friends and very happy to be back in the RCB family. Looking forward to settle and get a feel for what we are in for this year and looking forward to getting to know everyone, all the new players," said De Villiers in the video tweeted by RCB.

And here it is RCB fans, the moment you've all been waiting for!@ABdeVilliers17, @DaleSteyn62 and @Tipo_Morris have joined the team in Dubai!#PlayBold #TravelDay #IPL2020 pic.twitter.com/l0n09ZV5Jb

"It's going to be interesting to play in the heat. We got here at 3 in the morning and it was steaming outside. So, looking forward to what it's going to be like in a couple of weeks," said Steyn.

"It's been quite a while that we have played the game that we love. Very excited to get going and little bit nervous too, to be honest," said all-rounder Chris Morris.

The IPL 2020 had to be shifted out of India due to coronavirus pandemic. The tournament will begin on September 19 and the final is scheduled to take place on November 10th, with the matches to be played across three venues in the UAE -- Dubai, Sharjah and Abu Dhabi.

Royal Challengers Bangalore Cricket
Get the latest updates on ICC T20 Worldcup 2022, check out the Schedule and Live Score. Like us on Facebook or follow us on Twitter for more sports updates. You can also download the NDTV Cricket app for Android or iOS.