MS Dhoni, livid at a no-ball decision not going to Chennai Super Kings, stormed onto the field and argued with the umpires. 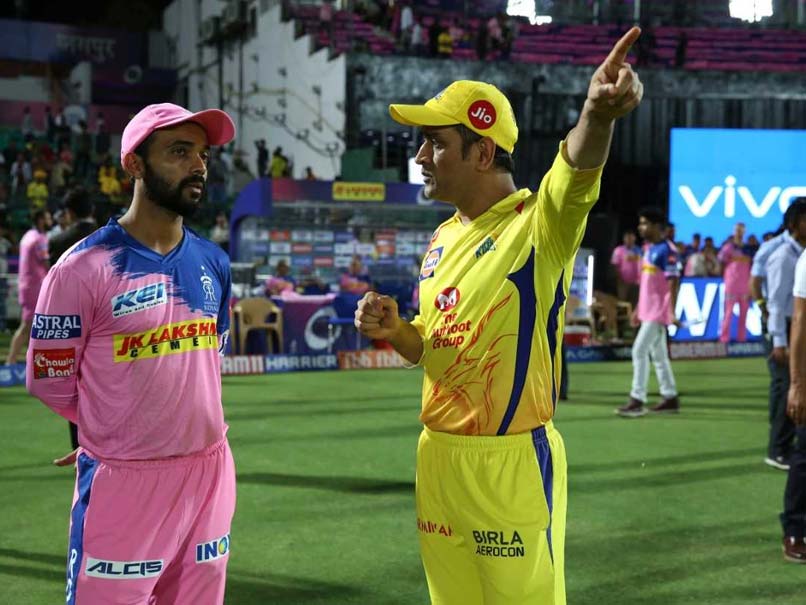 MS Dhoni created a controversy when he, upset with a no-ball decision going against his team Chennai Super Kings during their match with Rajasthan Royals at Jaipur, marched onto the playing field to argue the case with the umpires, a move that has not been taken well by some former and current players. Rajasthan Royals opener Jos Buttler, who was on the field when the incident happened, said that Dhoni was "probably not right" in stepping on to the field to contest the issue. Dhoni lost his cool and rushed into the field of play to confront umpire Ulhas Gandhe after he reversed what initially looked like a no-ball call by him. MS Dhoni was fined 50 per cent of his match fees for the incident.

"I was fielding at the boundary so I am not sure what had actually happened. I am not sure if that was the right thing to do," Buttler said at the post-match conference.

"Obviously tensions are running high in the IPL and every run counts and it was probably a big moment in the game, but whether stepping onto the pitch is quite right - I'd say, probably not."

Rajasthan Royals suffered their fifth loss of the season, after being in a commanding position against the Chennai Super Kings, a situation they have regularly faced this season.

"It (the loss) is a tough one to take, getting in a position to win the game but not being able to get over the line. The boys will be very disappointed but that has been the story of our season so far," Buttler said.

MS Dhoni IPL 2019 Cricket
Get the latest updates on IND vs NZ 2021, check out the Schedule and Live Score . Like us on Facebook or follow us on Twitter for more sports updates. You can also download the NDTV Cricket app for Android or iOS.