From 144 for three, Delhi Capitals lost their last seven wickets for just 8 runs, something that will haunt them for days to come. 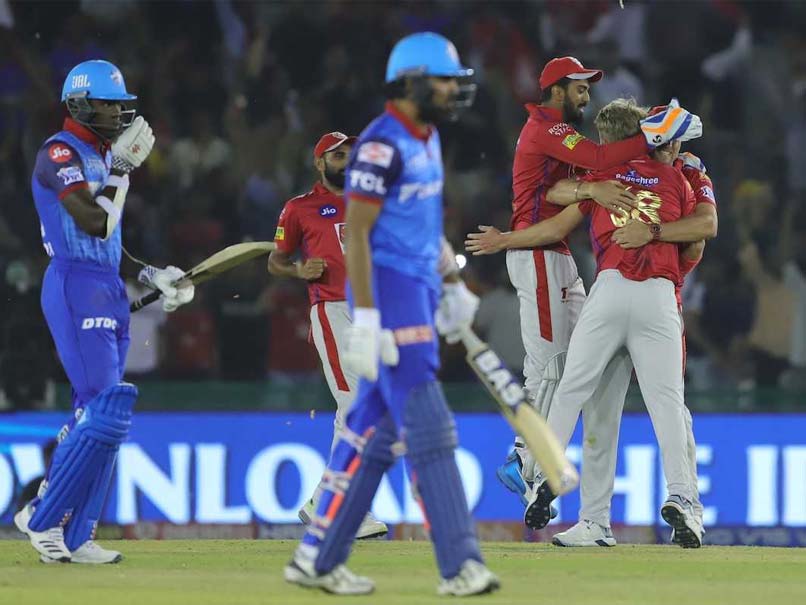 Former England skipper Michael Vaughan rubbed salt into Delhi Capitals' wounds by savagely trolling the team on Twitter. Delhi Capitals fell to a shock 14-run defeat to Kings XI Punjab at the Punjab Cricket Association IS Bindra Stadium in Mohali on Monday. The Delhi franchise suffered one of the worst batting collapses ever seen in the history of IPL. England all-rounder Sam Curran bagged a hat-trick, the first of IPL 2019, to blow away Delhi. Another Englishman, Michael Vaughan decided to have fun at Delhi Capitals' expense.

Vaughan took to Twitter to compare Delhi Capitals' performance to that of previous years when the franchise consistently under-performed, playing under the guise of Delhi Daredevils.

Before the start of IPL 2019, owners of the franchise changed the name from Delhi Daredevils to Delhi Capitals, hoping that a change in profile would bring a change in fortunes.

Delhi is the only team to have never played in an IPL final, finding themselves in the bottom half of the IPL Points Table on most occasions.

It seemed Delhi's fortunes had changed for the better when they beat Mumbai Indians in their opening IPL 2019 match. Chennai Super Kings brought them crashing back to earth in the very next match.

Against Kolkata Knight Riders, Delhi Capitals needed 18 runs to win off the final 3 overs with eight wickets in hands, but went about shooting themselves in the foot, allowing KKR to tie the game.

On that occasion, Kagiso Rabada came to Delhi's rescue in the Super Over. However, on Monday in Mohali, there was no saving Delhi Capitals as they collapsed from 143 for three to 152 all out.

Delhi lost their last seven wickets for just 8 runs, in what was the worst seven-wicket collapse in IPL history.

Kings XI Punjab Michael Vaughan Sam Curran IPL 2019 Kings XI Punjab vs Delhi Capitals, Match 13 Cricket
Get the latest updates on SA vs IND 2021-22, check out the Schedule and Live Score . Like us on Facebook or follow us on Twitter for more sports updates. You can also download the NDTV Cricket app for Android or iOS.