IPL 2019, Kolkata Knight Riders VS Delhi Capitals Highlights: KKR were outclassed by DC in their own den. 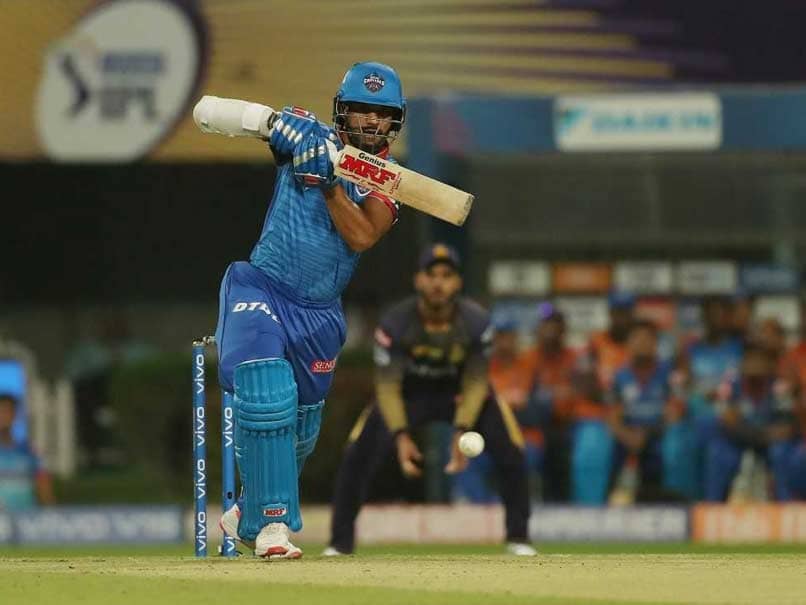 KKR vs DC IPL Score: Shikhar Dhawan rode on his luck for DC against KKR.© BCCI/IPL

Shikhar Dhawan scored his best-ever IPL score of 97* and was helped on with a cameo by Rishabh Pant (46) as Delhi Capitals scored 180/3 to chase down the target against Kolkata Knight Riders with seven wickets to spare at the Eden Gardens on Friday. In the chase, Dhawan and Shaw (14) gave the visitors a decent start before the latter was sent back. However, following the dismissal, Dhawan rode his luck to continue the flow of runs from the other end and was later joined by Pant to pile on misery on the hosts. Pant, narrowly missed out on his half-century but his century stand with Dhawan made sure DC cross the line with ease. Colin Ingram (14*) played the winning shot of the match with a maximum chased down the target in the 19th over. Earlier, Shubman Gill (65) and Andre Russell (45) played brilliant individual knocks to help Kolkata Knight Riders (KKR) post a challenging total of 178/7 in 20 overs against Delhi Capitals. Put in to bat, Ishant Sharma got rid of debutant Joe Denly (0) in the first over and restricted the hosts to a slow start. Shubman Gill, promoted to open for KKR, made the most of his opportunity to notch up his second IPL half-century. His 39-ball knock was laced with seven boundaries and two hits over the fence. Robin Uthappa (28) played an important cameo to help KKR ease the run flow. Andre Russell (45 off 21 balls) fired once again for the hosts but missed out on a half-century. For Delhi Capitals, their overseas pacers Chris Morris, Kagiso Rabada and Keemo Paul picked two wickets each.  (SCORECARD)