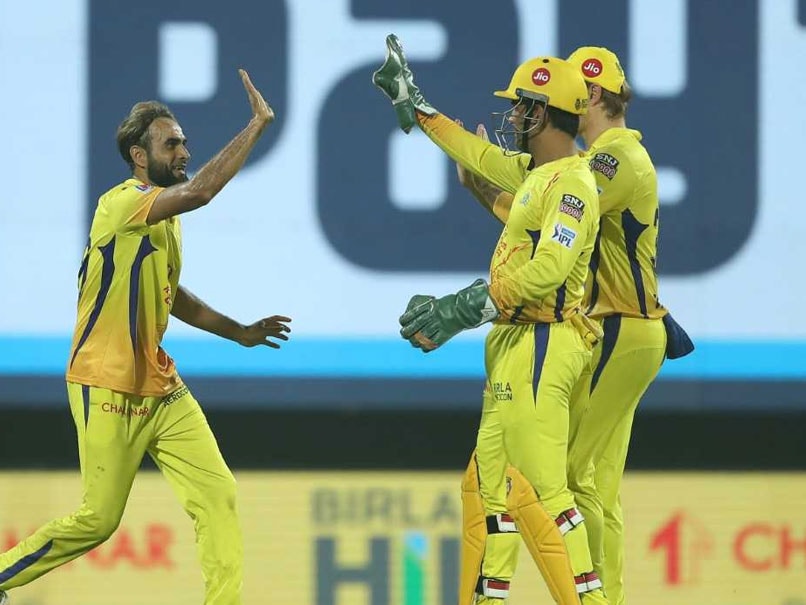 Chennai Super Kings (CSK) defeated Rajasthan Royals (RR) by 8 runs at the MA Chidambaram Stadium in Chennai. Chasing 176 runs to win, RR were off to a poor start as they lost captain Ajinkya Rahane (0), Jos Buttler (6) and Sanju Samson (8) and were reduced to 14/3. Thereafter, Rahul Tripathi and Steve Smith stitched together a 61-run stand for the 4th wicket. But it was Imran Tahir, who dismissed Tripathi, who was batting on 39. His innings included 5 fours and a six. Smith also fell prey to Tahir as he was dismissed for 28. Ben Stokes (46 off 26) and Jofra Archer (24 not out) brought the game to a closer finish courtesy some big hitting. But it was the smart bowling and captaincy by Dhoni that helped CSK prevail. With three wins out of three matches, CSK now go on top of the IPL points table. Earlier, a late flourish by captain MS Dhoni propelled Chennai Super Kings (CSK) to 175/5 in 20 overs. The CSK captain brought up his 21st IPL half-century. (SCORECARD)

Ajinkya Rahane Chennai Super Kings vs Rajasthan Royals, Match 12 IPL 2019 Cricket Live Score Live Cricket Score Live Blogs
Get the latest updates on ICC T20 Worldcup 2022, check out the Schedule and Live Score. Like us on Facebook or follow us on Twitter for more sports updates. You can also download the NDTV Cricket app for Android or iOS.