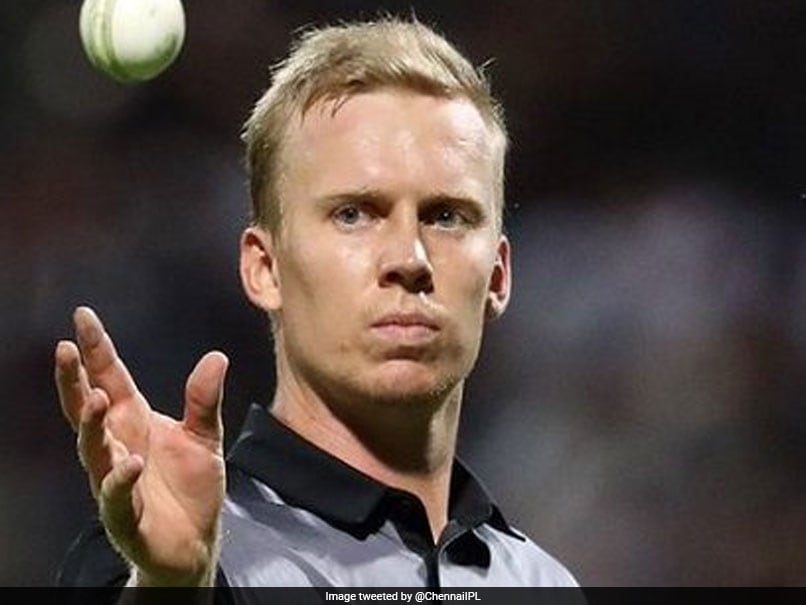 This will be Scott Kuggeleijn's maiden appearance in the Indian Premier League.© Twitter

Chennai Super Kings (CSK) have added New Zealand all-rounder Scott Kuggeleijn to their squad. He comes in as a replacement for South Africa fast bowler Lungi Ngidi who sustained an injury on his right knee and has been ruled out from the ongoing IPL 2019. Kuggeleijn will join theCSKsquad next week and will be available for the entire season. He has featured in two One-Day Internationals (ODI) and four T20 Internationals for New Zealand. This will be the 27-year-old's first appearance in the Indian Premier League. CSK host Rajasthan Royals at the MA Chidambaram Stadium in Chennai on Sunday. The MS Dhoni-led side are yet to lose a match in IPL 2019.

"For Lungi we've been a little bit more selective. It's obviously a different level of replacement player (required for him) based on price. We've gone with Scott Kuggeleijn, who's a New Zealand international, who bowls quick and bats well. So we've gone for an all-rounder who has good pace and good variations. He'll be joining us next week," Fleming told reporters.

Ngidi was ruled out of IPL 2019 even before the start of the 12th edition after the South African pacer felt discomfort while bowling during the last ODI against Sri Lanka at Newlands recently.

Chennai Super Kings Scott Kuggeleijn Lungi Ngidi IPL 2019 Cricket
Get the latest updates on IND vs NZ 2021, check out the Schedule and Live Score . Like us on Facebook or follow us on Twitter for more sports updates. You can also download the NDTV Cricket app for Android or iOS.