BCCI Backs Sourav Ganguly, Tells Ombudsman His Conflict Of Interest Could Be Sorted

The BCCI termed that the former India captain's alleged conflict of interest comes under the 'tractable category'. 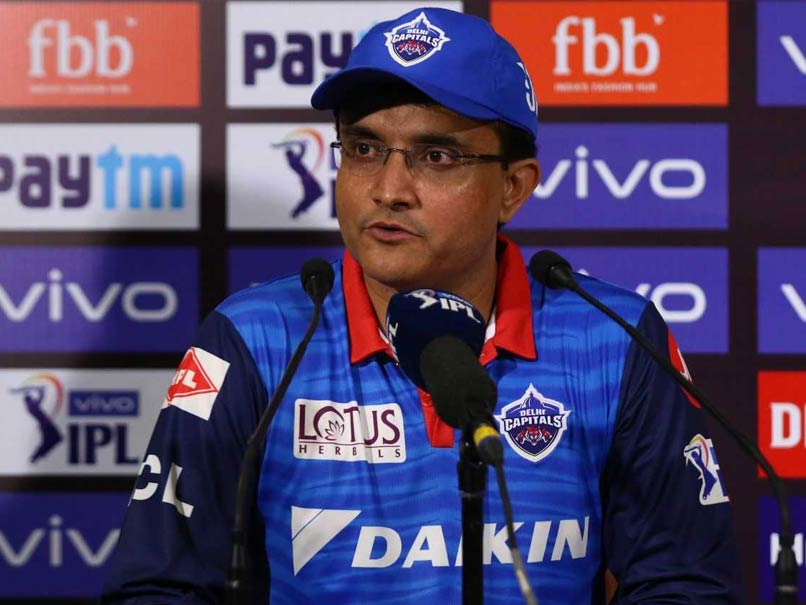 BCCI Ombudsman Justice D K Jain has sought a written submission from Sourav Ganguly after Saturday's hearing, even as the Board put its weight firmly behind the former India skipper in the alleged conflict of interest case. Three Bengal-based cricket fans -- Bhaswati Shantua, Abhijeet Mukherjee and Ranjit Seal -- had alleged that Ganguly's duty as Cricket Association of Bengal (CAB) president is in direct conflict with his dual role as an advisor of IPL franchise Delhi Capitals as well as Cricket Advisory Committee member.

The BCCI termed that the former India captain's alleged conflict of interest comes under the 'tractable category' which could be sorted without much fuss and with "full disclosure".

According to the BCCI's constitution clause 38 (3) (a): "Tractable conflicts are those that are resolvable or permissible or excusable through recusal of the individual concerned and - or - with full disclosure of the interest involved."

It is learnt that the Committee of Administrators (CoA) does not want Ganguly to be penalised if he makes "full disclosure".

"Agreed that he resigned from IPL technical committee and Governing Council after the sub-committees were dissolved when new constitution came into force. Yes, he is still a part of Cricket Advisory Committee (CAC) but that committee has met only twice in four years," a senior BCCI official privy to the development told PTI.

"How can we stop him from performing his professional activities as a cricketer? Let the Ombudsman decide as this could be sorted without any problem. If full disclosure is made, the BCCI sees no harm in continuing in all three posts. If Ombudsman feels otherwise, he may have to resign from two of three posts," the official said.

However, if Ganguly is to resign from CAC, even Sachin Tendulkar (mentor, Mumbai Indians) and VVS Laxman (mentor, Sunrisers Hyderabad) could be forced to follow suit.

As far as adminstration is concerned, Ganguly's six-year tenure before the mandatory cooling-off as an office-bearer will only end in July 2020.

In his deposition, Ganguly said that he is working in a voluntary role with the IPL franchise.

"Sourav, in his verbal submission, told the Ombudsman that he is not taking a single penny as DC advisor even though his name is there in the Team Officials' list," a source said.

All three parties met Jain together at the Delhi Capitals' team hotel for a meeting that went on for three and half hours.

"I have heard both the parties as well as the BCCI and will soon give my order. However since hearing is over as per principles of natural justice, both parties can give their written submissions before the final order is pronounced," Justice Jain said after the meeting.

Ganguly, on his part, said that the "meeting went off well" before leaving the premises.

Delhi Capitals Sourav Ganguly IPL 2019 Cricket
Get the latest updates on SA vs IND 2021-22, check out the Schedule and Live Score . Like us on Facebook or follow us on Twitter for more sports updates. You can also download the NDTV Cricket app for Android or iOS.