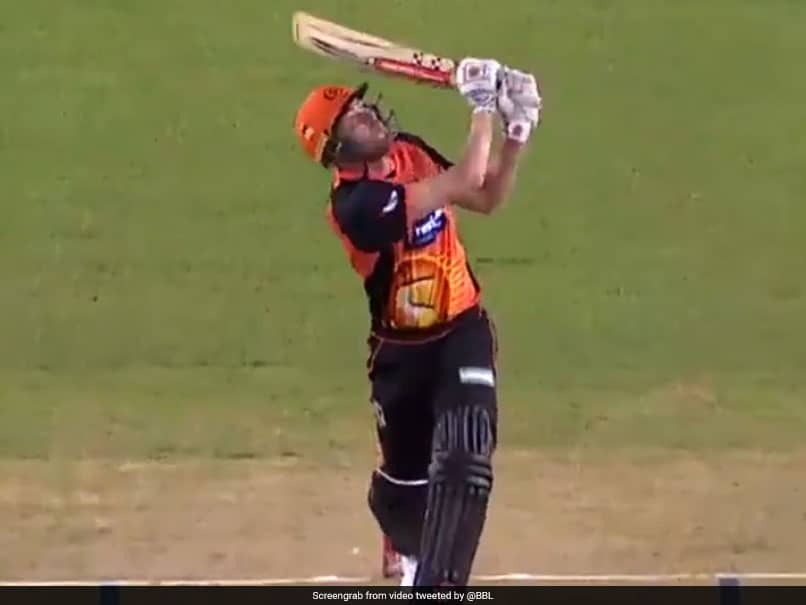 Ashton Turner called for the rule to be axed.© Twitter

Ashton Turner, the Australian middle-order batsman who was bought by Rajasthan Royals in the Indian Premier League (IPL) 2019 auction, hit the roof of the Docklands Stadium in Melbourne to get six runs in a Big Bash League (BBL) match on Friday. Batting for Perth Scorchers, Ashton Turner was the first batsman to get advantage of the playing conditions in the BBL. The 25-year-old right-handed batsman struck the first ball of the 12th over from Daniel Christian, which went up straight to hit the roof.

The Docklands roof has been hit for the first time in #BBL08!

However, Turner didn't seem happy with rewarding six runs and called for the rule to be axed.

"I think it's a pretty bad rule. It saved me tonight ... I think it's not fair," Turner told cricket.com.au.

"It should be a dead ball - you can't predict whether they're going to catch it, so there's no fairer outcome than a dead ball," he added.

"It's an interesting rule, especially with something like the Spidercam which you have in the other international matches. If it hits that, it's a dead ball. If you hit this roof, it's a six," the 35-year-old fast bowler added.

Even the commentators Shane Warne and Brett Lee were left surprised with the rewarding rule. A startled Warne was heard saying in the video: "Six and he can't be out?"

Rajasthan Royals Ashton Turner Cricket IPL 2019
Get the latest updates on IPL 2021, IPL Points Table , IPL Schedule 2021 , live score . Like us on Facebook or follow us on Twitter for more sports updates. You can also download the NDTV Cricket app for Android or iOS.