ISL: East Bengal registered a draw against Chennaiyin FC, and are yet to register a win in the ongoing season. 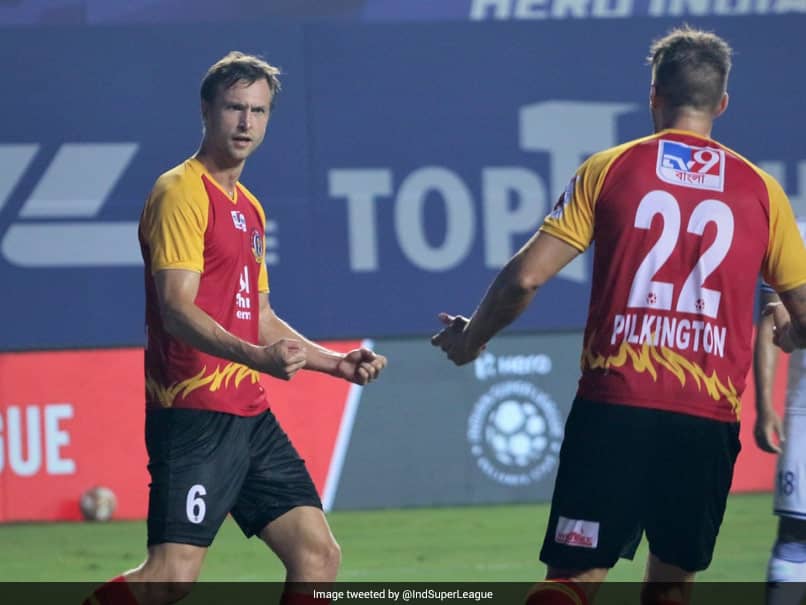 German midfielder Matti Steinmann emerged as the unlikely source of goals for SC East Bengal as the Kolkata side rallied to draw 2-2 with Chennaiyin FC in the Indian Super League (ISL) at the Tilak Maidan on Saturday. Chennaiyin took the lead twice, through Lallianzuala Chhangte (13') and Rahim Ali (64'). However, a brace from Matti Steinmann (59', 68') saw Robbie Fowler's side split honours in an exciting encounter. It was SCEB who started the game on a more aggressive note, winning a couple of corners in the first ten minutes. But an early goal for their opponents pegged them back.

Slovak striker Jakub Sylvestr did the initial groundwork, recovering the ball and diverting it into the path of Chhangte with a deft touch. But from there, it was all Chhangte as he used his pace to stay ahead of the defenders in pursuit. So often this season, Chhangte has been guilty of getting into good positions and wasting them. But this time, his shot went under the onrushing Debjit Majumder and crept into a goal.

The goal destroyed whatever momentum SCEB had built up. But they slowly started creating chances again as the game neared halftime. Around the half-hour mark Jacques Maghoma found himself through on goal with Deepak Tangri trying to tussle him off the ball, but Chennaiyin keeper Vishal Kaith came out and got to it first. He briefly lost control of the ball after Tangri clashed with him, but regained it before any damage was done.

Seven minutes later, Mohammed Rafique wasted a golden opportunity to pull the SCEB level. A long ball from midfield found Rafique with only Kaith to beat. But the touch that he took to divert the ball past the keeper was too heavy and it allowed Tangri the time to slide in and put the ball out for a corner.

The game caught fire around the hour mark with three goals coming in less than ten minutes. In the 59th minute, Steinmann powered a header past Kaith off a corner to drag SCEB back on level terms. But five minutes later, Chennaiyin struck again. A defensive mistake from Bikash Jairu allowed Ali to score his second goal in as many matches.

Chennaiyin nearly increased their lead a couple of minutes later when Enes Sipovic directed a header on to the crossbar off a corner. But instead, it was SCEB who drew parity again with Steinmann scoring his second of the night. Kaith''s punch off a header from Daniel Fox's header was weak and took the ball straight to Steinmann, whose shot bulged the net.

Chennaiyin FC Indian Super League Football
Get the latest updates on India vs England Series, India vs England , live score and IPL 2021 Auction . Like us on Facebook or follow us on Twitter for more sports updates. You can also download the NDTV Cricket app for Android or iOS.