The win lifted FC Pune City from the foot of the ISL points table to the eighth position. 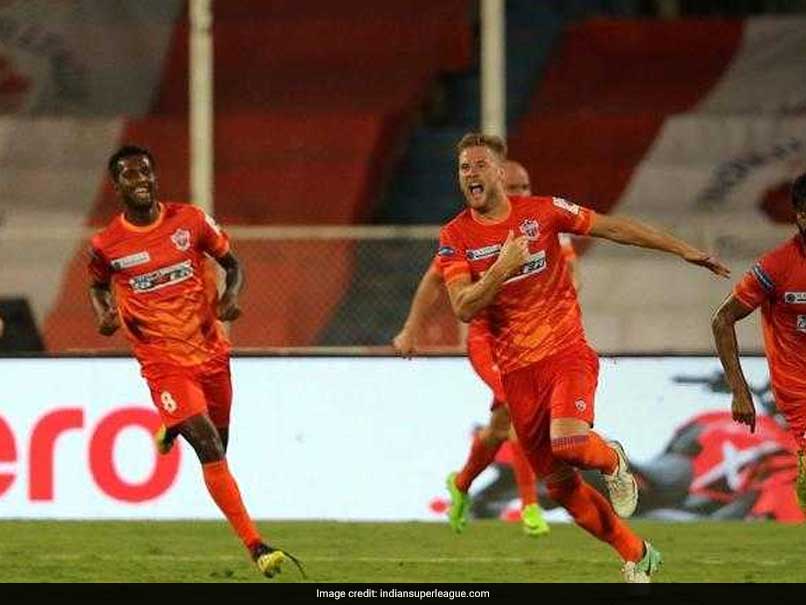 FC Pune City ended their winless streak in the ongoing edition of the Indian Super League (ISL) with a hard-fought 2-1 win against Jamshedpur FC on Wednesday. Diego Carlos scored as early as the fifth minute for Pune but the early lead was cancelled out by Sumeet Passi in the 10th minute. An end-to-end contest produced a match-winner in the 86th minute when Matt Mills gave Pune the much-needed three points. The win lifted Pune from the foot of the ISL points table into the eighth position with five points from eight matches. Jamshedpur, on the other hand, suffered their first defeat and are placed fourth with 11 points from eight matches.

Pune struck the first blow five minutes into the match when Diego Carlos was allowed to run at the Jamshedpur defence from the halfway line. The Brazilian scored on his return from a three-match suspension with a neat finish from outside the box.

In the eighth minute, a long ball was flicked into the box for Sumeet Passi by Tiri but the Indian striker's shot from close range was kept out by Pune custodian Kamaljit Singh. At the other end, Marcelinho's dipping strike from the edge of the box was kept out by Paul.

Passi was afforded another chance to score two minutes later when Carlos Calvo found him unmarked in the centre of the box. This time the Indian striker found the net with a crisp header to pull the visitors level.

The hosts threatened to regain their lead when Ashique Kuruniyan thundered a half-volley from outside the box but his ferocious shot ricocheted off the crossbar.

Both sides were off their blocks quickly in search of a go-ahead goal after the break as Robin Singh and Jerry Mawihmingthanga saw their efforts fly wide of goal.

Jamshedpur kept pressing and were afforded another chance when Jerry was allowed space to dribble to the byline. But Kamaljit parried away the winger's dangerous cross before the forwards could pounce.

At the other end, Robin spurned a glorious chance after the hour mark when Ashique made a rampaging run down the right and picked him out with a cross. The striker, however, headed over the bar with the goal at his mercy.

Ashutosh Mehta, on an overlapping run from the right flank, failed to control Marko Stankovic's delightful lob into the box while the impressive Carlos Calvo saw an effort fizz over the bar at the other end as both sides searched for a match-winner.

Pune's efforts bore fruit in the 86th minute through a Marko Stankovic corner-kick from the right. Matt Mills met the delivery inside the box and directed a powerful header into the net to hand Jamshedpur FC their first defeat and secure Pune's first victory.

Jamshedpur FC Indian Super League Football
Get the latest updates on IPL Auction 2023 and check out  IPL 2023 and Live Cricket Score. Like us on Facebook or follow us on Twitter for more sports updates. You can also download the NDTV Cricket app for Android or iOS.