Ishan Kishan, who also hails from Jharkhand, has impressed with his wicket-keeping skills and prowess as a number three batsman. 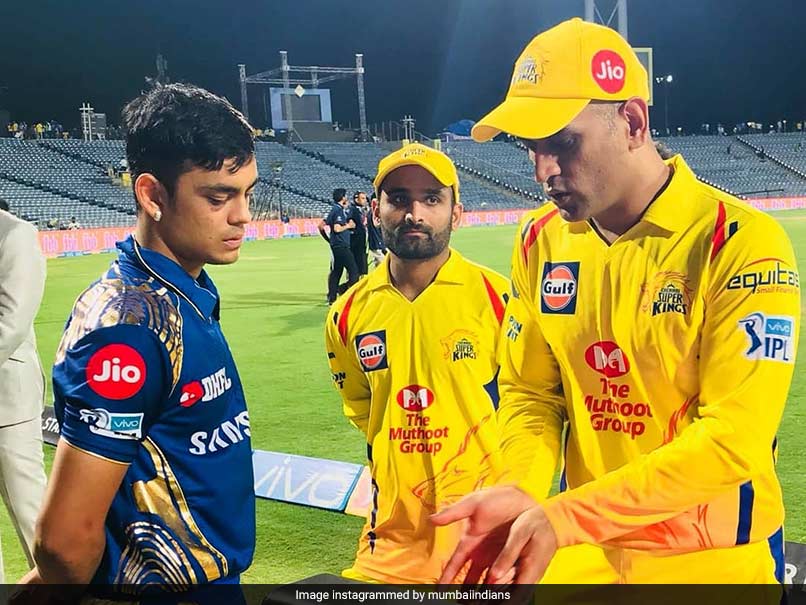 Ishan Kishan has been a revelation in IPL 2018.© Instagram

One of the most iconic figures in Indian cricket, Mahendra Singh Dhoni's contribution, both as a wicket-keeper and batsman, is one for the books. The 36-year-old's unconventional yet effective glove work is a great source of learning for the youngsters. Ishan Kishan, who has been a revelation in IPL 2018, was seen taking wicket-keeping advice from the best in the business as Mumbai Indians locked horns with table-toppers Chennai Super Kings in Pune on Saturday. Kishan, who also hails from Jharkhand, has impressed with his wicket-keeping skills and prowess as a number three batsman. In a recent interview, the former India U-19 skipper had said that it was Dhoni who made him work on his attitude at the crease.

Learning a trick or two from the best in the business! The Jharkhand boys - @ishankishan23 and MS Dhoni bond after the game. #CricketMeriJaan #MumbaiIndians #CSKvMI

"Dhoni bhai saw me at the nets and walked up to me and said that I needed to curtail my attacking instincts to begin with. He believed that to play a long innings I needed to be a little more compact and I did just that. He asked me to change my stance as well and when it comes from someone like Dhoni bhai, you know you can trust his observation."

As far as the action on Saturday is concerned, Mumbai Indians picked up their second win of the season as their top-order came to the fore for an 8-wicket win with four balls to spare. CSK, batting first, scored 169 with Dhoni scoring 26 runs. Mumbai Indians chased down the target with two balls to spare, thanks to a fifty from Rohit Sharma.

Meanwhile, Dhoni added yet another feather to his glittering cap by becoming the first captain in IPL history to lead for the 150th time. Out of the ten complete seasons, the 36-year-old has led Chennai Super Kings (CSK) in all their eight seasons and captained now-defunct Rising Pune Supergiant (RPS) in the 2016 edition.