IPL 2018: MS Dhoni Achieves Yet Another Milestone, First To Captain In 150 Games

Mahendra Singh Dhoni reached another landmark in his illustrious career as he captained in his 150th Indian Premier League (IPL) match vs Mumbai Indians. 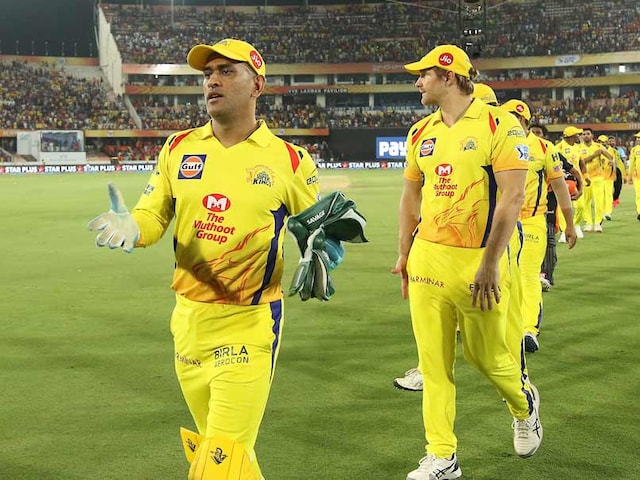 Chennai Super Kings have become a force to reckon with under MS Dhoni.© BCCI

MS Dhoni added yet another feather to his glittering cap by becoming the first captain in Indian Premier League's (IPL) history to lead for the 150th time as a confident Chennai Super Kings took on a troubled Mumbai Indians at the MCA Stadium in Pune on Saturday. One of the most iconic figures in Indian cricket, Dhoni, who has led the country to several memorable triumphs, becoming the only captain to win all three ICC events, has replicated the same success in the IPL. His contribution, both as a player and captain, is one for the books. Out of the ten complete seasons, the 36-year-old has led Chennai Super Kings (CSK) in all their eight seasons and captained now-defunct Rising Pune Supergiant (RPS) in the 2016 edition.

The return fixture with MI would be #Thala150 as skipper in IPL! #WhistlePodu for the most successful captain in #VIVO IPL. #Yellove #CSKvMI pic.twitter.com/mYSa1Q2agM

While he had a forgettable run with RPS, CSK became a force to reckon with under Dhoni. The Chennai-based outfit have won the title twice and ended second on four occasions.

In the ongoing edition, Dhoni has once again proved his detractors wrong by displaying his batting prowess as a finisher. He possesses an enviable strike-rate of 165.87 and has amassed 209 runs (in 6 matches) at 69.66.

In his last IPL game, Dhoni blasted an unbeaten 70 off just 34 balls for his 19th half-century as Chennai Super Kings pulled off a sensational victory over Royal Challengers Bangalore.

Dhoni redefined age and class as he bludgeoned seven sixes and a four in his blitzkrieg and featured in a match-winning 101-run stand with Ambati Rayudu (82) as CSK gunned down the 206-run target with 2 balls to spare.

It was the joint-fifth highest run chase in IPL history and the joint-highest by CSK. They had chased down the same score against the same opponent at the MA Chidambaram Stadium.

Comments
Topics mentioned in this article
Chennai Super Kings Mumbai Indians MS Dhoni Indian Premier League 2018 Cricket Chennai Super Kings vs Mumbai Indians, Match 27
Get the latest updates on IPL 2020, check out the IPL Schedule for 2020 and Indian Premier League (IPL) Cricket live score . Like us on Facebook or follow us on Twitter for more sports updates. You can also download the NDTV Cricket app for Android or iOS.