MS Dhoni played a match-winning knock of 70 not out off 34 balls as CSK got the better of RCB. 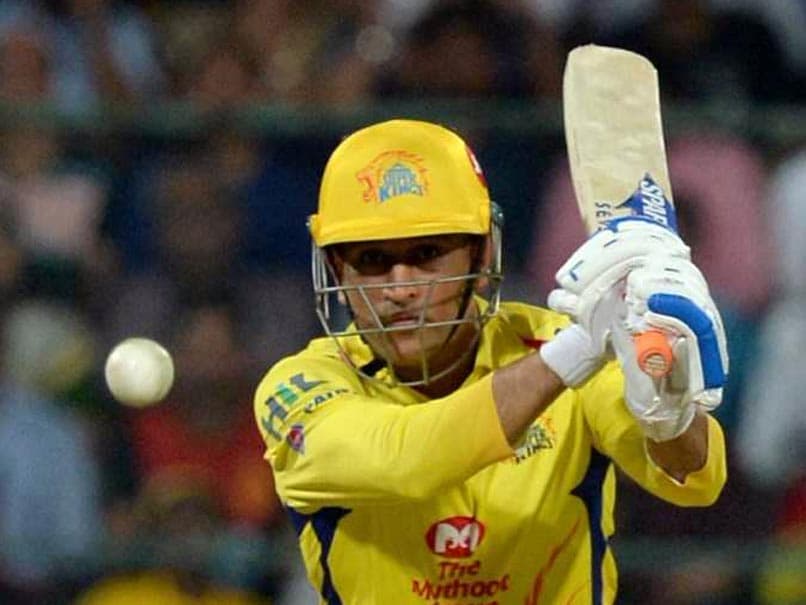 Dhoni remained unbeaten on 70 runs with seven maximums and a boundary.© AFP

Not just cricketers but people from all spheres heaped praise on Mahendra Singh Dhoni after the former India captain scored a blistering 70 not out off 34 balls to guide Chennai Super Kings (CSK) to a thrilling five-wicket win over Royal Challengers Bangalore (RCB) in their Indian Premier League (IPL) match on Thursday. Just like other fans, Pakistan Super League anchor Zainab Abbas too was hoping for Dhoni to finish the match. During Dhoni's inning, Zainab took to Twitter and wrote: "A chance for @msdhoni to remind the world that he is still the best finisher in the world, what a hit!".

A chance for @msdhoni to remind the world that he is still the best finisher in the world,what a hit!

When Dhoni hit the winnings six against RCB, Zainab posted her second tweet and wrote: "And he has done JUST that!! #dhoni".

However, Zainab's tweet didn't go down well with the Pakistani fans and trolling ensued.

no Pakistani national in IPL and u are still supporting them...Had ha wese

WTH u r promoting them when they don't want to play with us, they want to isolate Pak in every field.. You showed that personal interests r always bigger than the country's pride shame on u...????

CSK needed 16 runs in the last over and Dhoni hit a six to see his team through after Dwayne Bravo struck and a boundary and a six.

Batting first, RCB notched up a competitive 205 for eight riding on Ad de Villiers 30-ball 68 and Quinton de Kock's 53, but CSK chased down the target with two balls to spare.

Dhoni remained not out with seven maximums and a boundary, after adding 101 runs for the fifth wicket with Rayudu.

Comments
Topics mentioned in this article
Chennai Super Kings Royal Challengers Bangalore MS Dhoni Virat Kohli Indian Premier League 2018 Cricket
Get the latest updates on IPL 2020, check out the IPL Schedule for 2020 and Indian Premier League (IPL) Cricket live score . Like us on Facebook or follow us on Twitter for more sports updates. You can also download the NDTV Cricket app for Android or iOS.