With this win, Kolkata Knight Riders are now fourth in the IPL points table. 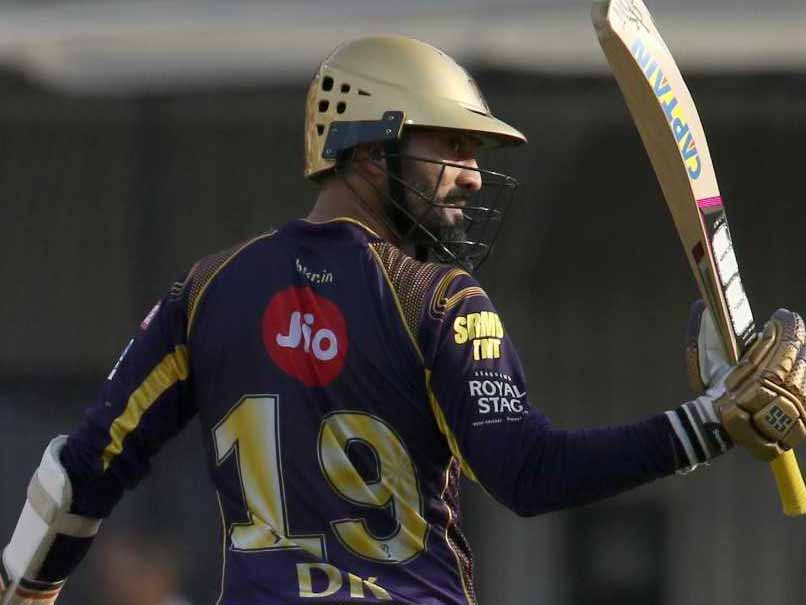 Kolkata Knight Riders produced a superlative batting performance as they comfortably beat Kings XI Punjab by 31 runs to stay in contention for a play-off berth in the Indian Premier League on Saturday. On a batting belter, KKR posted a mammoth 245 for 6, their highest ever total and fourth-highest in the history of the league. Sunil Narine, who has been stunning as an opener, once again left everyone spellbound with a 36-ball-75 while skipper Dinesh Karthik played an equally significant role with his 23-ball-50. The chase was always out of question and KL Rahul tried his bit with a 28-ball-66, which wasn't enough as KXIP could only manage 214 for 8 in 20 overs. After losing by 102 runs against Mumbai Indians, the victory not only enabled KKR reach 12 points from as many games but also helped them improve upon their net run-rate. KXIP on the other hand will be worried after their back-to-back defeats in Jaipur and now in Indore.

Narine was once again their match-winner for his stellar knock and also getting the important wicket of the dangerous Rahul, who has now completed 500 runs in this IPL. Skipper Ravichandran Ashwin's decision to bowl first on a placid track turned out t be a debatable one.

Narine and Chris Lynn (27 off 17 balls) added 53 in 5.2 overs before the Queenslander was dismissed. However the next partnership between Narine and Robin Uthappa (24 off 17 balls) yielded 75 runs in 6.1 overs. Narine hit nine boundaries and four sixes in his knock. He started off with a six over long-on off opposition skipper Ashwin, followed with a boundary through mid-wicket.

The next over saw Narine hit back to back boundaries off left-arm pacer Barinder Sran (1/48 in 3 overs) -- a hook and one over mid-on. Another straight six off left-arm spinner Axar Patel (0/52 in 4 overs) and a flurry of boundaries got him to his 50 off 26 balls. Sran got a harsh treatment in the 11th over when Narine hit him for two sixes and a boundary.

The 12th over of the innings was the best one for KXIP as their best bowler Andrew Tye (2/41 in 4 overs) got rid of both Narine and Uthappa. KKR were 130 for 3 at that stage but skipper Karthik in company of Andre Russell (31 off 14 balls) took the KXIP attack to the cleaners. Karthik hit five boundaries and three sixes while Russell had three maximums apart from a couple of fours. They added 76 runs in 5.1 overs to take the total past 200-run mark. The likes of Shubman Gill (16 off 8 balls), Nitish Rana (11 off 4 balls) then hit some lusty blows to take the team closer to 250-run mark.

KXIP started in earnest with Rahul hitting Narine for two sixes in the very first over. Rahul hit sixes at will -- seven of them in all but scoreboard pressure meant that wickets fell at regular intervals at the other end. Chris Gayle (21 off 17 balls) couldn't play an impactful innings being dismissed by Russell. Mayank Agarwal's technique against genuine quick bowling has always been susceptible and a short delivery from Russell (3/41 in 4 overs)

Once Rahul was bowled by Narine in a freakish manner, the match as a contest was over although Aaron Finch (34 off 20 balls), Axar Patel (19) and skipper Ashwin (45) did contribute a few runs.