After being picked up by Kings XI Punjab, Ishant Sharma admitted that he had received a call from Virender Sehwag asking him about his availability. 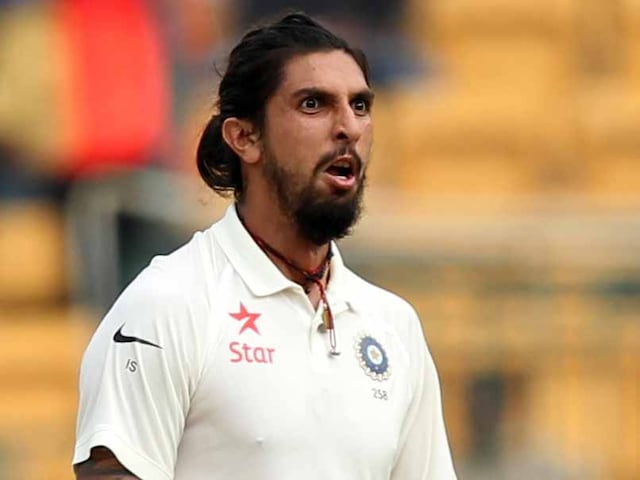 Ishant Sharam, who had a base price of Rs. 2 crore, went unsold in the IPL 2017 auction.© BCCI

When it seemed we had heard the last of Ishant Sharma, at least till the conclusion of IPL 2017, Kings XI Punjab brought the lanky pacer back from the dead and made him a part of the 10th edition of the Twenty20 tournament. He was picked up in a last-minute swoop by Kings XI Punjab to bolster their bowling attack. Ishant, who had set a base price of Rs. 2 crore for himself in the IPL 2017 Auction held in February, went unsold. It seems Punjab coach Virender Sehwag played a massive role in roping Ishant into team, but that didn't stop the former India opener from having fun at Ishant's expense.

Currently, India's senior-most pacer in the Test squad (77 matches), Ishant has, over the years, played for a number of franchises, starting from Kolkata Knight Riders, Deccan Chargers, Sunrisers Hyderabad and finally Rising Pune Supergiant. However, found no buyers during the IPL 2017 auction.

After the completion of formalities, Sehwag had a brilliant welcome message for Ishant.

Ishant had made the now-famous distorted face at Australia captain Steve Smith during the recently-concluded Test series.

"Thanks paaji !!! And first you have to make the same expression tomorrow in the practice session," the pacer replied.

Thanks paaji !!! And first you have to make the same expression tomorrow in the practice session https://t.co/hTZTPtC9sq

The Punjab coach had another witty reply waiting for Ishant.

That's the difference Burj Khalifa ji.We have to "Make" that expression. Making that expression itself is a practice session. https://t.co/kly3oG3G8x

After being picked up by Kings XI, Ishant admitted that he had received a call from Sehwag asking him about his availability.

"A couple of days back, Viru bhai called up and asked if I am free. That's how it worked out," Ishant told PTI after his first training session with the team.

Ishant said that he is fresher than some of the other pacers as he played only 5 of 13 home Tests this season. In fact after the IPL snub, Ishant was looking for a county contract.