Rishabh Pant and Sanju Samson recorded a partnership of 143 off 63 balls for the 2nd wicket to script the second-highest successful run chase in IPL history. 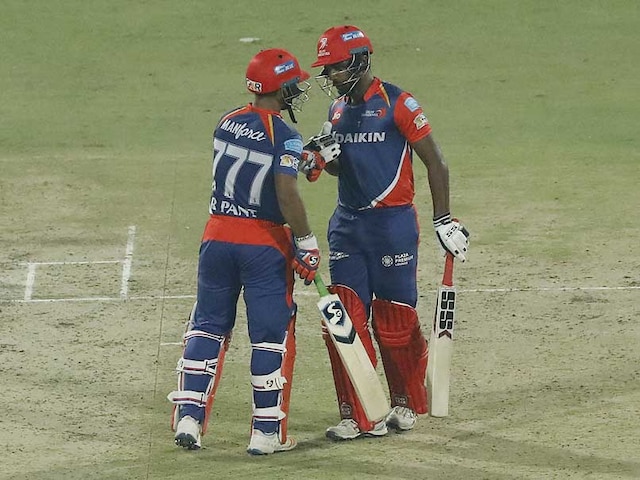 Everyone is in awe with superb knocks of Delhi Daredevils' (DD) Sanju Samson and Rishabh Pant against Gujarat Lions (GL) in the Indian Premier League (IPL) on Thursday. The duo stitched together a partnership of 143 for the second wicket in chase of 209. Samson scored 61 off 31 balls while Pant went on to make 97 in just 43 balls. Cricketers across the globe praised both young players and appreciated their match winning knocks. DD stand-in skipper Karun Nair too described the sensational stand as one of the best partnership that he has witnessed in his life.

"Amazing performance, one of the best partnerships I've ever seen," Nair said after DD romped home, scoring 214-3 with 15 balls to spare.

"You can't have a plan when you're chasing that much, just have to go from ball one.

"We spoke about playing with freedom and not worrying about the fear of failure. The fear of getting out goes out the way, you then just watch and hit the ball," he said.

Man of the Match, Pant said he always looked to score the maximum from the bad balls and it paid off.

"We always thought if we get a bad ball, we'll utilise it. If we get three good balls, we'll go for sixes."

Crestfallen after losing the match which also knocked them out of the IPL, GL skipper Suresh Raina blamed their inexperienced bowlers for the defeat.

"It is Pant's day, he batted very well. Important to bowl dot balls, we tried everything, slower balls, the ball was reversing but that time, the game was over," he said.

"(The score of) 206 was defendable. We didn't bowl really well. We don't have that experience with the old ball. Tye has done well, Bravo isn't there. We were 20-runs short," he added.