Glenn Maxwell took the Indian Premier League 2014 by storm. The Kings XI Punjab batsman was in stunning form with the bat as the Aussie dominated every bowler with his out-of-the-box batting. Maxwell lost his touch in the business end. 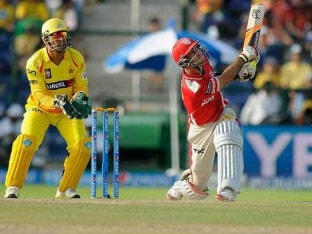 Probably the happiest man in the Kings XI Punjab camp left the Indian Premier League 2014 feeling a bit denied. Aussie master-blaster Glenn Maxwell, who took the IPL by storm with three scores in the 90s, failed in the all-important final against Kolkata Knight Riders on Sunday night. Kings XI Punjab lost by three wickets and Maxwell's form was surely a factor.

At a time when skipper George Bailey spoke highly of KXIP coach Sanjay Bangar and his strategies, Maxwell has complained that he was not happy to be rested in a match against Rajasthan Royals. That 'rest' ruined his momentum, he said in an interview.

Having averaged a paltry 13 in nine games in the tournament's home-stretch, Maxwell blamed the Kings XI Punjab team management for his slump in form.

"The problem I had, I think, was being rested for one game frustrated me a bit," Maxwell told the Times of India. "Especially since it was in a game against the (Rajasthan) Royals, against whom I had played so well previously. It destroyed my momentum. I got a 0, 6,13,0 after that.

"If I would have continued playing, I would have been able to get some form before the final. Then I came against Delhi (Daredevils), who put up only 110 on the board. So, it was a lose-lose situation, and then I went straight into the final. It is tedious when you miss a game just before the final, especially when you need momentum and some form back. That didn't happen, but I'm proud of the way the boys played," said Maxwell.

Maxwell began the tournament with 95, 89 and 95 and boasted of a solid strike rate of more than 200. The 25-year-old Victorian was a revelation with out-of-the-book strokes that decimated the best of bowlers, including India's leading off-spinner Ravichandran Ashwin.