According to Indian Premier League's governing council, the television viewership has gone up from 170 million in 2013 to 174 million this year and that online presence has also shot up manifold. 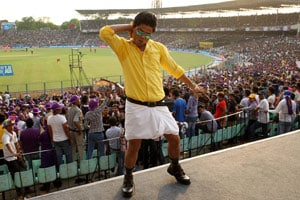 Claiming the current edition of the Indian Premier League (IPL) has outscored its predecessors in terms of popularity, its governing council on Thursday said the television viewership, stadium attendance, as also social media were indicators of its soaring public appeal.

BCCI interim president Sunil Gavaskar, who is in charge of the ongoing IPL, said while 170 million people watched on television the first 41 games of the IPL last year, the viewership has shot up to 174 million this year.

"The week by week ratings have also gone up from 3.4 last year to 3.5 this year for the 9 p.m. matches. While the figure has zoomed to 2 from 1.9 for the afternoon games," said Gavaskar.

The tournament has registered a 300 percent growth on social media platforms. On Twitter, the increase is 45 percent over the previous year, and the event has become the single largest followed cricket destination in India and outside.

When the season began, the number of followers on Twitter was one million. Now, the figure is 1.45 million.

Raman said the ticket revenues had also gone up, but refused to share the monetary details.

"From our experience over the last two days, we feel by far Eden Gardens is the best managed stadium," he said.