Virat Kohli was unhappy that spectators were chanting MS Dhoni's name whenever Rishabh Pant made a mistake, but Sourav Ganguly believes Pant should go through that and find ways to succeed. 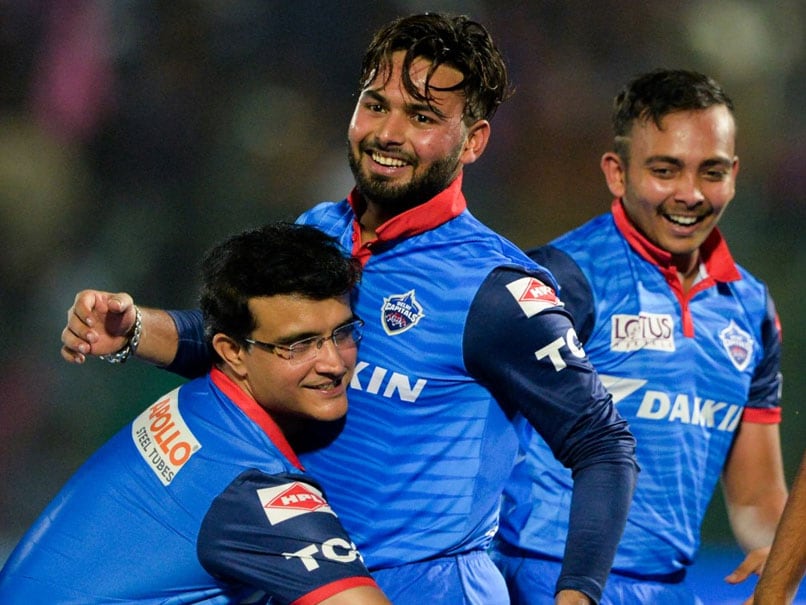 Rishabh Pant was mocked by the spectators with chants of "Dhoni, Dhoni".© AFP

Sourav Ganguly, former India captain and current BCCI president, wasn't on the same page with current skipper Virat Kohli in the backing of Rishabh Pant against chants of MS Dhoni during a match. In the recent T20I series against Bangladesh, young wicketkeeper Rishabh Pant was mocked by the spectators with chants of "Dhoni, Dhoni". Virat Kohli came out in support of Rishabh Pant, saying such an act is "not respectful" and it's a "collective responsibility for everyone around" to help the wicketkeeper-batsman improve.

However, Ganguly didn't agree with Kohli's take on the treatment of Pant by the audience after a batting failure. The 47-year-old former left-handed batsman believed Pant should "go through it", hear those chants and find ways to succeed.

"If I were Virat Kohli, I would just let him go through it, let him hear it and find ways to succeed. Everybody must remember that you don't get MS Dhoni's every day. He is a once-in-a-generation cricketer," Ganguly said at India Today Conclave East 2019.

Pant will next play the West Indies in a three-match T20I series, starting on Friday in Hyderabad.

At the pre-match press conference on Thursday, Kohli defended Pant saying: "I think it's a collective responsibility for everyone around us as well to give that player (Rishabh Pant) some space.

"If he misses a chance or something, you know, people can't shout MS' (MS Dhoni) name in the stadium, it's not respectful if I have to put it that way, because no player would like that to happen. You're playing in your own country and you should get support, rather than thinking what mistake is he going to make, no one wants to be in that position," the Indian captain added.

Rishabh Pant Sourav Ganguly India vs West Indies 2019/20 Cricket India vs West Indies, 1st T20I
Get the latest updates on ICC Women's Cricket World Cup 2022 and IPL 2022, check out the Schedule , Live Score and IPL Points Table. Like us on Facebook or follow us on Twitter for more sports updates. You can also download the NDTV Cricket app for Android or iOS.