Karun Nair was left out of the Indian squad for the Test series against the West Indies. 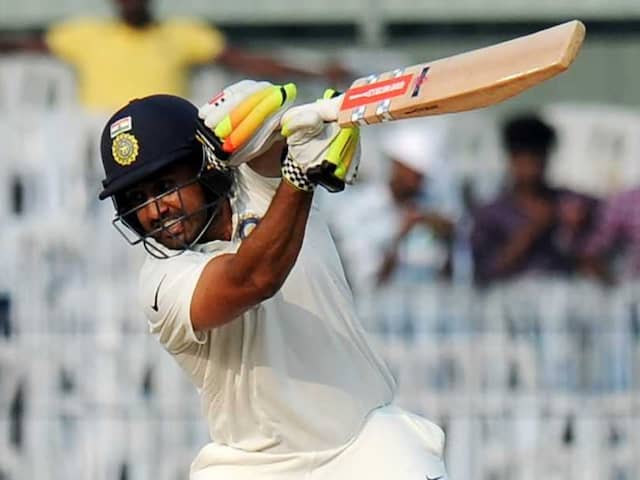 Indian batsman Karun Nair's exclusion from the home Tests against West Indies raised a few eyebrows but the chairman of selectors MSK Prasad said on Monday that the player himself has been told the reasons. "I personally spoke to Karun soon after the selection of the Test team against the West Indies and also told the ways to make a comeback. The selection committee is very very clear with regard to the communication process," Prasad told news agency PTI. Nair, only the second Indian to score a Test triple century, was picked in the original squad for the England series but once the team was changed for the last two Tests, it was Hanuma Vihari, who played and impressed everyone with a gutsy half-century and handy off-breaks.

It is widely believed that the Indian team management were not happy with Nair's inclusion in the Test set-up. Nair, in a recent interview, went on record stating that neither the team management nor the selectors have communicated with him.

However, Prasad said Nair was clearly intimated as to why a certain decision was taken.

"Communication has always been the strong point of this committee. It's really tough to inform any unpleasant news to any player. You need to have valid reasons to explain them about their exclusion though they may not agree with it," the former India stumper said.

Prasad explained that his colleague Devang Gandhi had spoken to the burly middle-order batsman in England when he was not being picked in the playing XI.

"Having said that we are very clear and candid in our communication process. My colleague Devang Gandhi spoke to Karun Nair at length in England to keep him motivated and wait for his opportunities," Prasad said.

Asked what the way forward is for Nair, Prasad said, "He will have to keep on piling runs in Ranji Trophy and whatever India A series is there.

"Karun is very much in the scheme of things for Test cricket. Right now, we have advised him to focus on performing in domestic and India A matches."

Karun Nair India vs West Indies 2018 Cricket
Get the latest Cricket news, check out the India cricket schedule, Cricket live score . Like us on Facebook or follow us on Twitter for more sports updates. You can also download the NDTV Cricket app for Android or iOS.